Mass protests in Sudan against killing of schoolchildren 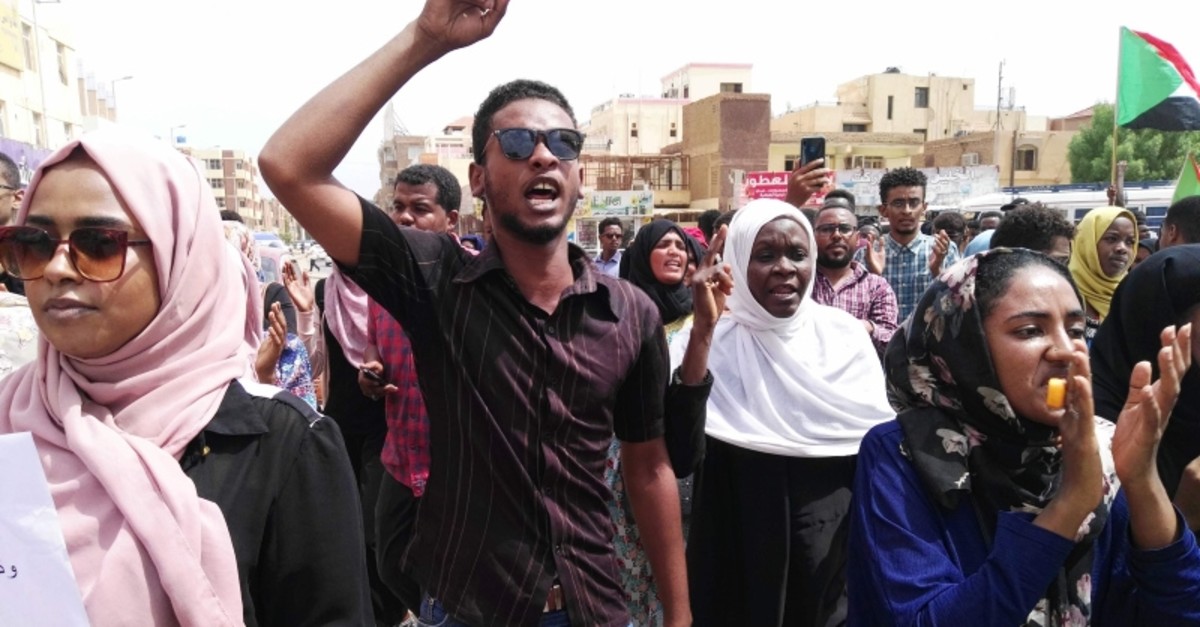 Protesters march during a demonstration called for by the Sudanese Professionals Association (SPA) to denounce killings in Al-Obeid, in Khartoum, Sudan, Aug. 1, 2019. (AFP Photo)
by Aug 01, 2019 4:18 pm

Thousands of demonstrators rallied in the Sudanese capital and other cities Thursday after protest leaders called for a "million-strong" march to condemn the killings of four schoolchildren.

Tragedy struck Al-Obeid on Monday when four high school students and two other protesters were shot dead at a rally against growing bread and fuel shortages in the city in central Sudan.

A top general, Jamal Omar, accused members of the feared paramilitary Rapid Support Forces (RSF) of opening fire on what was a students' rally in Al-Obeid.

On Thursday, demonstrators marched in several areas of Khartoum after their leaders called for a mass rally to "seek justice" for those killed in Al-Obeid and other protest-linked violence.

"Where is the investigation committee?" chanted protesters as they marched in the Burri and Bahri districts, sites of regular protests since they first erupted in December against now ousted President Omar al-Bashir.

Many carried Sudanese flags and photographs of some of those people killed in the monthslong protest campaign.

Protesters also rallied in Al-Obeid, the Red Sea coastal city of Port Sudan, in White Nile state and in the central city of Madani, witnesses said.

Omar, a member of Sudan's ruling military council which has taken over from Bashir, accused elements of the feared RSF of opening fire at the Al-Obeid rally.

The rally was initially stopped with batons by a group of RSF forces guarding a nearby bank, the general told reporters during a visit to the city late Wednesday.

"This action led to a reaction from some students who threw stones at the forces," Omar said.

"This made some members of the force act in their individual capacity to open fire on protesters. We have identified those who fired live ammunition that led to the killing of the six," he said.