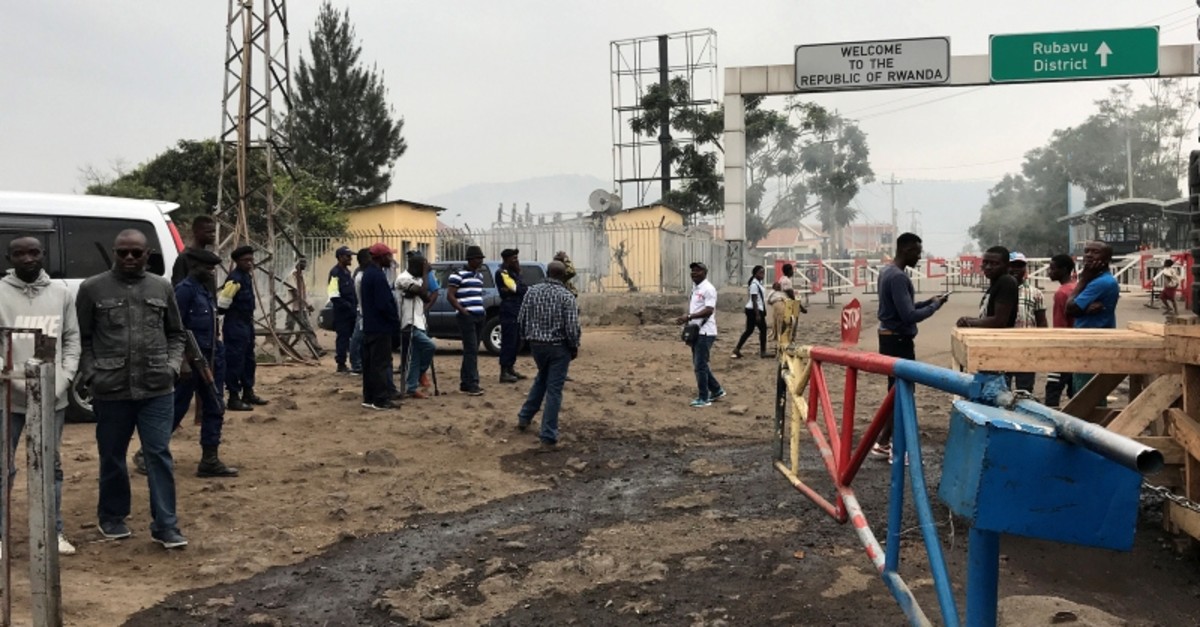 Congolese customs agents gather at the gate barriers at the border crossing point with Rwanda following its closure over Ebola threat in Goma, Democratic Republic of Congo, Aug. 1, 2019. (Reuters Photo)
by Compiled from Wire Services Aug 01, 2019 11:56 am

Rwanda has closed its border with Congo because of the deadly Ebola outbreak, a Rwandan official said.

The state minister for foreign affairs Olivier Nduhungirehe confirmed the border closure to The Associated Press on Thursday.

The Congolese presidency criticized the decision, saying there had been a "unilateral decision by the Rwandan authorities" that affected citizens from both countries who had to cross the border for their work.

According to the presidency, the border was closed for all people except Congolese citizens departing Rwanda.

The closure comes after a man died of Ebola in Congo's major city of Goma, which is on the Rwandan border. He was the second confirmed Ebola case in Goma.

It also says the risk of regional spread is "very high."

The announcement came just hours after a third case of Ebola was recorded in Goma, widening the scope of the epidemic on its first anniversary.

Since August 1 2018, 1,803 lives have been lost in the second worst outbreak of Ebola on record, according to figures released Wednesday.

Two of the three cases in Goma have died, sparking a race to find people who have had contact with these patients.

In an urban setting, density of population, anonymity and high mobility make it far harder to isolate patients and trace contacts compared to the countryside.