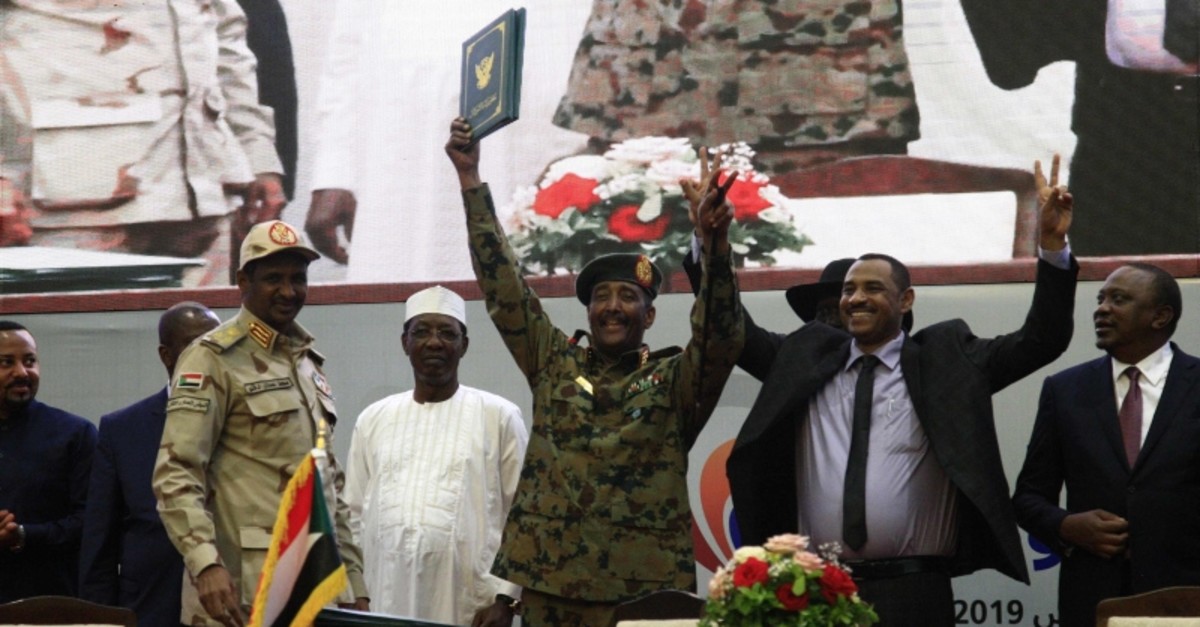 Sudan's military council and protest leaders on Saturday signed a "constitutional declaration" that paves the way for a transition to civilian rule.

The agreement was signed by Mohamed Hamdan Daglo, deputy chief of the military council, and Ahmed al-Rabie, representing the Alliance for Freedom and Change protest umbrella group, an AFP reporter said.

Stability in Sudan, which has been grappling with an economic crisis, is seen as crucial for a volatile region struggling with conflict and insurgencies from the Horn of Africa to Egypt and Libya.

The Transitional Military Council (TMC) has ruled Sudan since April, when the military ousted Bashir following months of protests against his rule during which dozens of demonstrators were killed.

Bashir is wanted for war crimes in Sudan's Darfur region by the International Criminal Court and is awaiting trial on corruption charges.

The council and the main opposition alliance, known as the Forces of Freedom and Change (FFC), have been negotiating the power-sharing deal for months.

One of Sudan's top generals, Mohamed Hamdan Dagalo, who is deputy head of the military council, and FFC representative Ahmad al-Rabie had initialed the agreement on Aug 4 and were the main signatories on Saturday.