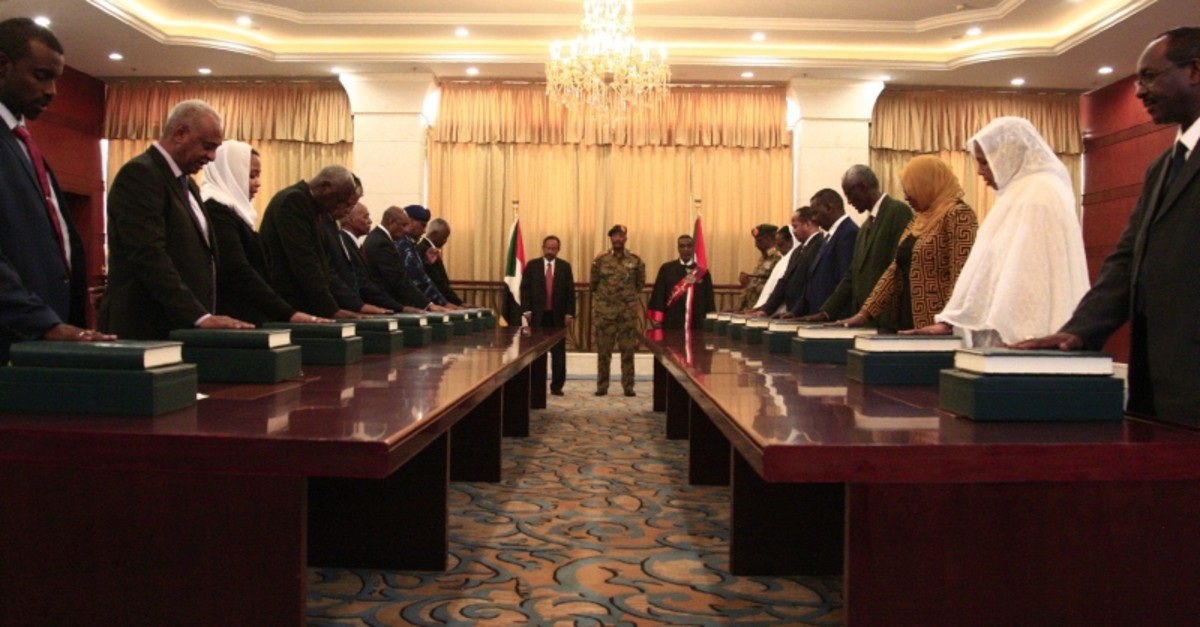 Sudan's first cabinet since the ouster of president Omar al-Bashir was sworn in Sunday as the African country transitions to a civilian rule following nationwide protests that overthrew the autocrat.

It is expected to steer the daily affairs of the country during a transition period of 39 months.

The line-up was formed after Sudan last month swore in a "sovereign council" — a joint civilian-military ruling body that aims to oversee the transition.

The 18 ministers were seen greeting members of the sovereign council, including its chief General Abdel Fattah al-Burhan, in images broadcast by state television from the palace.

"We have to put in a lot of efforts to meet our people's demands," Information Minister Faisal Mohamed Saleh told reporters after the swearing in ceremony.

"The world is watching us. It is waiting to see how we can solve our issues."

The sovereign council itself is the result of a power-sharing deal between the protesters and generals who had seized power after the army ousted Bashir in April.

Hamdok's cabinet, which has the country's first female foreign affairs minister, is expected to lead Sudan through formidable challenges that also include ending internal conflicts in three regions.

"The road ahead is not easy. We will face many challenges but we have to work on them," said Walaa Issam, Minister for youth and sports.

Hamdok's cabinet will also be expected to fight corruption and dismantle the long-entrenched Islamist deep state created under Bashir.

Bashir had seized power in an Islamist-backed coup in 1989 and ruled Sudan with an iron fist for three decades until his ouster.

It was a worsening economic crisis that triggered the fall of Bashir, who is now on trial on charges of illegal acquisition and use of foreign funds.

The key challenge facing the new government is reviving the ailing economy.

"We have a 200-day program for reviving the economy in a way that could help reduce the cost of living for our people in the near term," said Finance Minister Ibrahim Ahmad Al-Badawi.

"We also have a long term plan to restructure the overall economy," he said, adding that the country was soon expecting new donations to help tackle some immediate challenges.

According to doctors linked to the umbrella protest movement that led to Bashir's fall, more than 250 people have been killed in protest-related violence since December.

Of that at least 127 were killed in early June during a brutal crackdown on a weeks-long protest sit-in outside the military headquarters in Khartoum. Officials have given a lower death toll.