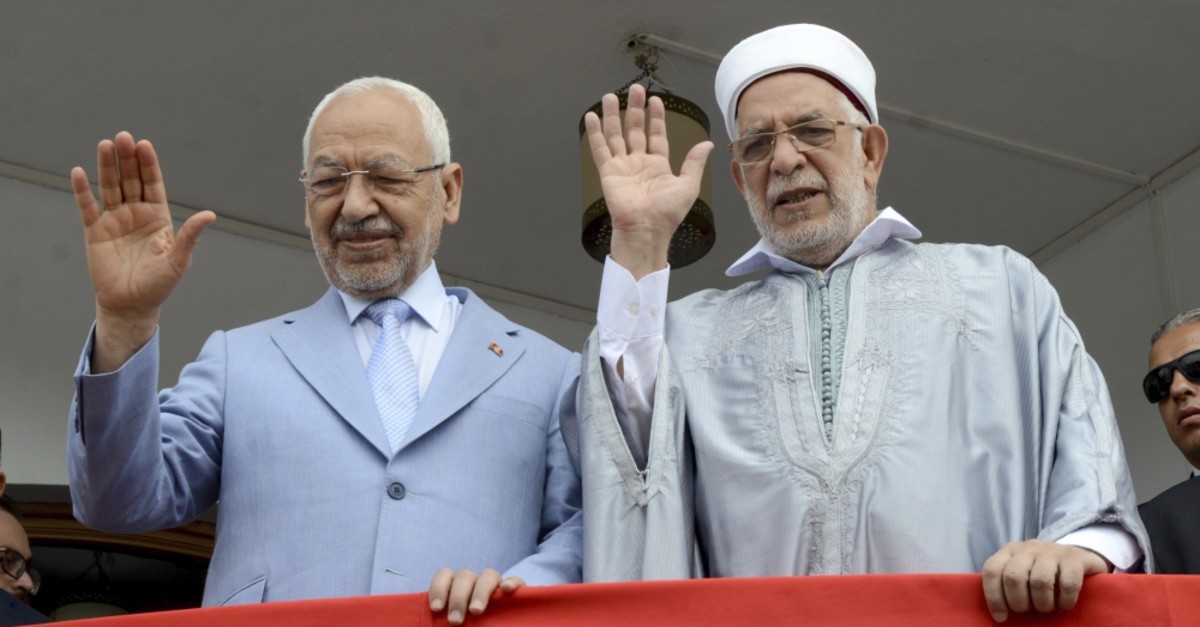 Tunisia's vote for president on Sunday is the next step to securing the North African nation's young democracy after the 2011 revolution. The first-round election Sunday is the second democratic presidential election that Tunisia has held since its "jasmine revolution," with 26 contenders standing to be the next president of Tunisia.

With so many candidates, there's no clear front-runner, although incumbent Prime Minister Youssef Chahed, jailed media magnate Nabil Karoui and Abdelfattah Mourou of the Muslim democratic party Ennahdha are drawing attention. Some 7 million Tunisians are expected to vote to choose a president for the next five years. Observers expect that the elections will go to a runoff vote if no candidate achieves an absolute majority.

The second round is scheduled to take place in early November, following a parliamentary vote in October.

The country's biggest political party, Ennahda named a candidate for the presidential elections in August, the first time it has put up a nominee for the post since the country transitioned to democracy after the 2011 revolution. Party Vice President Mourou, 71, a lawyer, is running in the elections to be held two months early on Sept. 15, following the death of President Beji Caid Essebsi last month. He was chosen as "an expression of the movement's confidence in democracy, the republic and the Tunisian revolution," said Ennahda leader Rashid Ghannouchi. Ghannouchi called Mourou a "serious candidate" for the presidency at a public rally held by Mourou, in the southwestern city of Gafsa, adding that the movement is determined to boost change in Tunisia, as reported by the Middle East Monitor. Ghannouchi is seen as a major force in the country's democratization process since the 2011 revolution and is running for office himself for the first time in next month's parliamentary vote.

After Essebsi's death, Tunisia could face a power vacuum and may lack a figure on whom each party would agree. The country has been experiencing economic and security problems. Unemployment has been increasing, while the presence of Daesh-affiliated groups constantly pose threats to the country.

It is noteworthy that Tunisia managed to hold elections previously in a relatively democratic environment. This time, too, the conservative and secular candidates will be in a race with less external influence, compared to other countries in the region in the post-Arab Spring process.

Tunisia has been struggling to preserve its democratic course since the ouster of autocratic President Zine El Abidine Ben Ali after the revolution in 2011 that inspired an array of revolutions and conflicts across the Middle East and North Africa region. The country is a unique post-Arab Spring country in terms of being able to hold elections with little interference or influence from external actors compared to other Arab countries. The country's conservative and secular movements and parties have managed to stay away from direct external interventions. While Libya, Syria and Yemen continue to suffer from civil wars with the participation of numerous local, regional and international actors, Egypt witnessed a more brutal regime in 2013 after incumbent President Abdel-Fattah el-Sissi ousted Mohammed Morsi, the country's first democratically elected president, who died last month during a court trial. However, despite its fragility, Tunisia has managed to shift toward a democratic system of government.