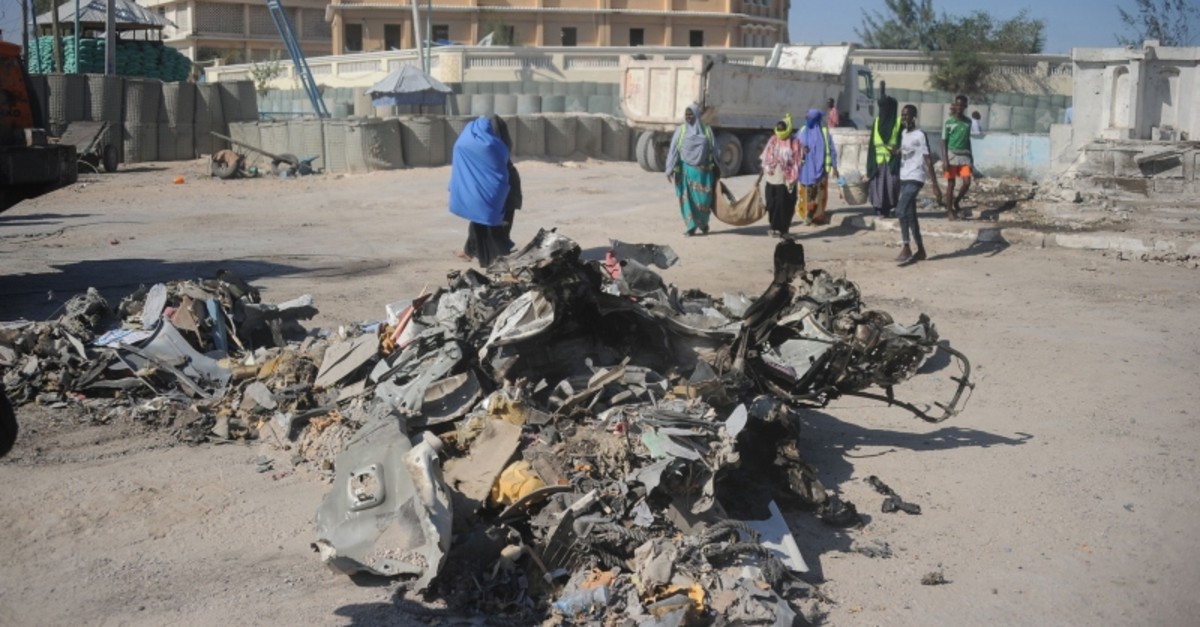 A car bomb outside a hotel and restaurant in Somalia's capital, Mogadishu, has left at least four people dead and seven injured, police said on Wednesday.

The blast went off around 8 pm (1700 GMT) on the bustling Maka Al-Mukarama street, police spokesman Ali Hassan told dpa, adding that the death toll could rise.

The explosion targeted a Somali lawmaker and a recently opened restaurant in the capital Mogadishu, also leaving six others wounded, Mohamed Bulle, a police officer in Mogadishu, told Anadolu Agency over the phone.

"The explosion was a car bomb attack that targeted multiple vehicles including the vehicle of lower house MP Abdukadir Arabow and a restaurant," Bulle said.

The wounded were rushed to hospitals for treatment, the police officer said. Police launched an investigation into the incident.

According to local media, Arabow survived the attack, while his bodyguards were among the casualties.

Medical sources also confirmed the casualties to Anadolu Agency over the phone.

Just hours before, five people had been injured when a car bomb went off on the outskirts of Mogadishu, including a civil engineer from Turkey.

Meanwhile, the Somali military announced on Wednesday the deaths of a total of 17 al-Shabaab members during various operations, including two prominent commanders.

Fighting erupted between the sides in central Hiiraan Province after the militia tried to ambush Somali troops, the military added.

Several vehicles used by al-Shabaab were destroyed and two fighters were arrested.

Al-Shabaab, which is affiliated with the international al-Qaida terrorist network, regularly launches attacks within the volatile East African nation against government buildings, hotels and restaurants.