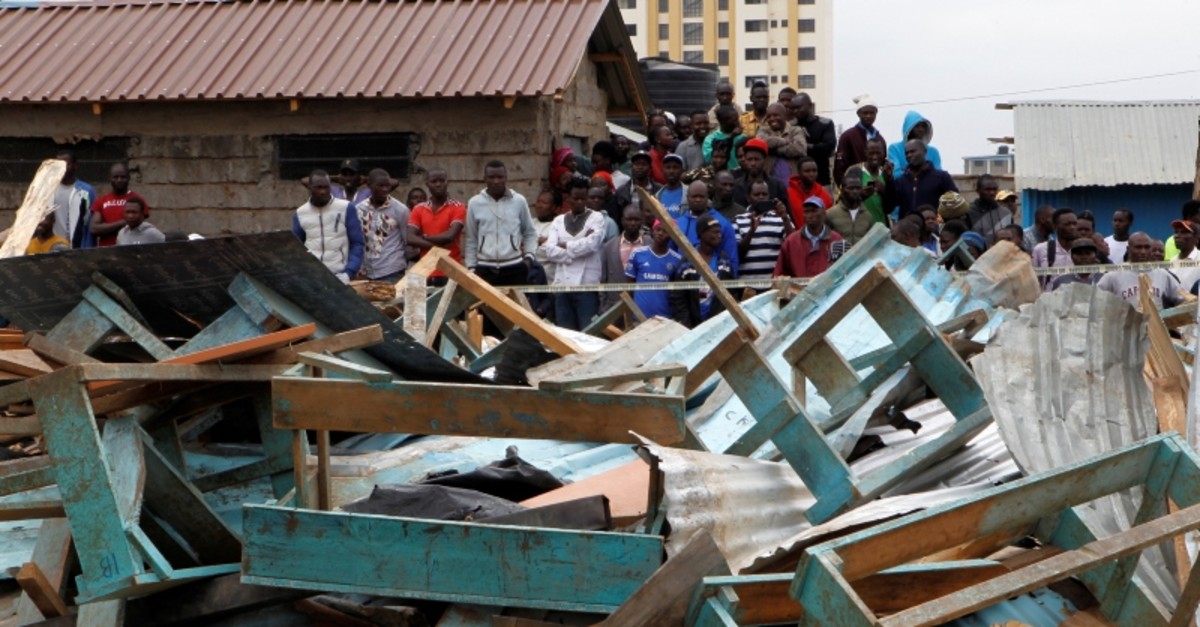 Kenyan people gather at the site of a collapsed school classroom, in Nairobi, Kenya, Sept. 23, 2019. (Reuters Photo)
by Compiled from Wire Services Sep 23, 2019 10:37 am
A school collapsed in Kenya's capital on Monday morning, and officials say at least seven children have been killed with more than 10 others trapped.

Parents are wailing at the scene of The Precious Talent Top School in Nairobi. Hundreds of angry residents of Dagoretti -- a poor area where many live in makeshift houses -- swarmed around the site where rescuers picked through the rubble of the classroom.

An AFP reporter at the site said books and desks were strewn through the debris of the semi-permanent structure, made of concrete, iron sheeting and timber. The structure had been partly raised up to add a story.

The building collapsed shortly after seven am as pupils entered the classroom.

"The children here were all running away and crying," local resident Michael Otieno said.

More than 800 students are enrolled at the school, officials said.

Construction can be poorly regulated in some fast-growing Kenyan communities.