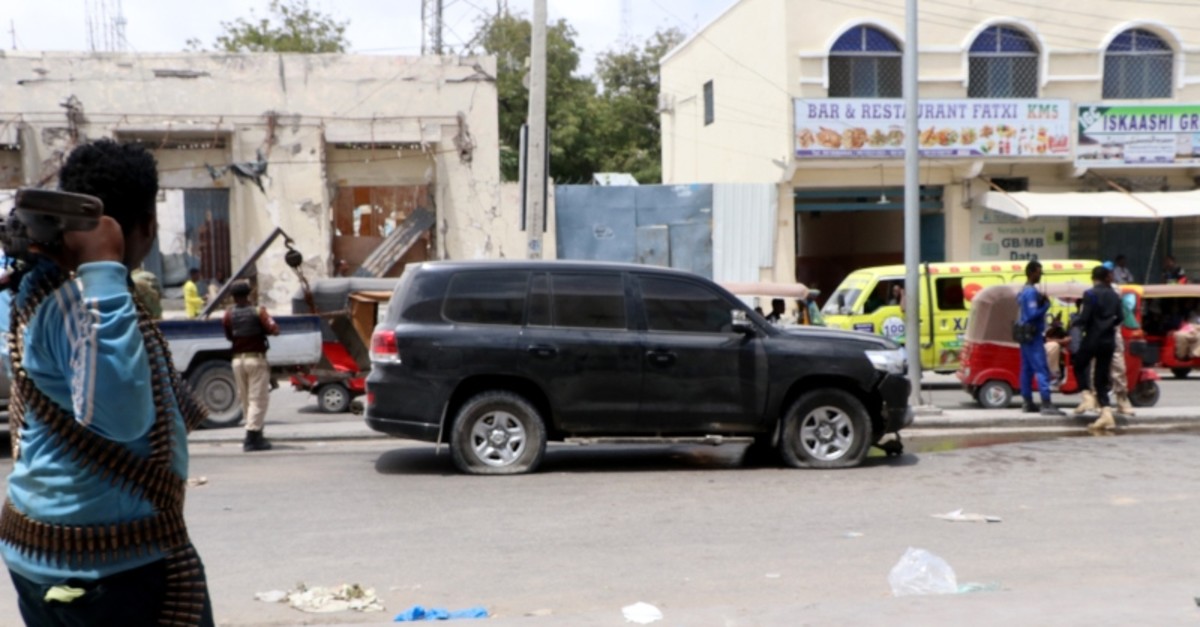 A bomb attack that hit a vehicle carrying engineers of Turkey's Maarif Foundation in the Somalian capital Mogadishu injured three people on Thursday.

Speaking to Daily Sabah, Maarif Foundation Chairman Birol Akgün said that the attack was part of ongoing attacks that targeted Turkish foundations and companies in the region for a while.

Al-Qaeda-affiliated al-Shabaab militants claimed responsibility for the attack through their propaganda radio.

The three injured people were Turkish citizens teaching in Maarif schools in the country, who were taken to Mogadishu Recep Tayyip Erdoğan Hospital for their treatment.

It is known that Saudi Arabia, Egypt and the United Arab Emirates (UAE) are some countries that have influence in the region.

The Maarif Foundation, which was founded in June 2016 in cooperation with the Ministry of National Education with the purpose of providing educational services abroad, now runs schools that used to belong to FETÖ.

It currently has representatives in 55 countries and has made official contact with 99 countries for educational activities. It delivers education to more than 30,000 students in 272 schools in 33 countries, offering different degrees. While the foundation signed protocols with 43 countries and is soon planning to start education, it also has 36 dormitories in different countries. Along with opening new schools worldwide, the Maarif Foundation also has been taking over the educational institutions of FETÖ, after the group orchestrated a coup attempt on July 15, 2016, which resulted in 251 people being killed and nearly 2,200 others being injured.

FETÖ is known for running a global network of schools and companies and long disguised itself as an education charity with religious undertones under the name of the Hizmet (Service) movement before it employed its military infiltrators for a bloody coup attempt in July 2016.