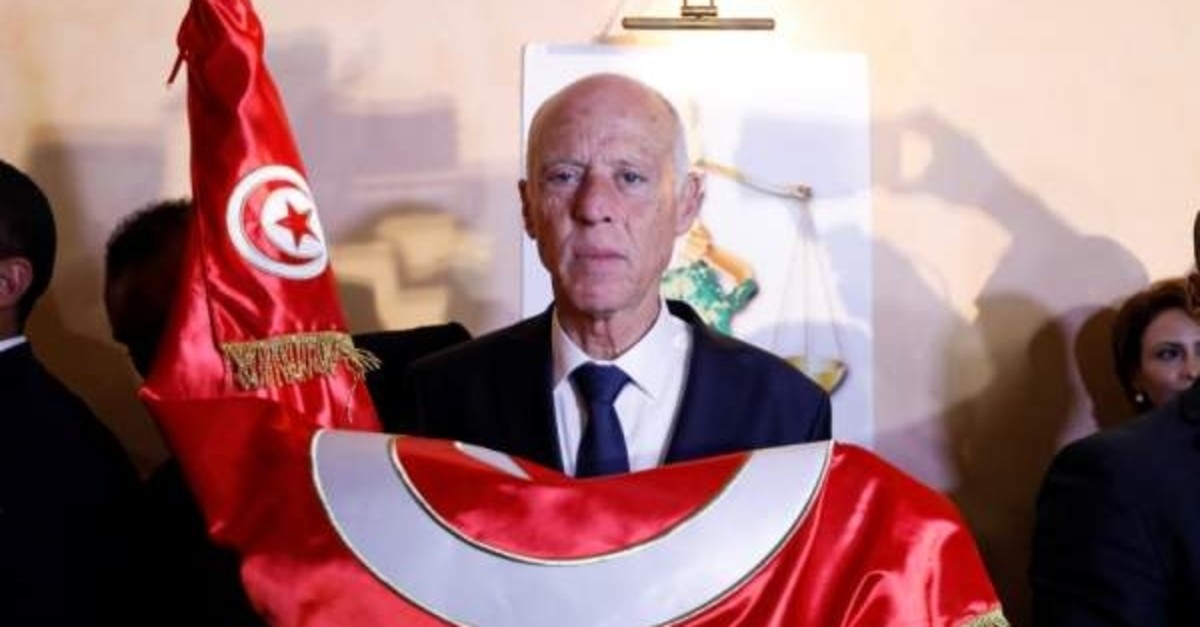 Supporters of retired law professor Kais Saied celebrated yesterday morning after exit polls indicated he won Tunisia’s presidential election, a victory they hailed as a revival of the 2011 revolution that brought democracy.
Big crowds waving Tunisian flags and chanting many of the old songs and slogans from the 2011 uprising filled the central Habib Bourguiba Avenue. Saied, a retired law professor with a rigid and austere demeanor that earned him the nickname “Robocop,” was carried to victory by young voters, wooed by his anti-establishment platform.
Two separate exit polls published shortly after voting ended on Sunday showed Saied winning more than 70% of the electorate and with a turnout of about 60%, the highest in any recent election. However, even with a large mandate, the new president has less direct control of policy than the prime minister, and both will quickly face a series of tough challenges. The parliamentary election has produced a deeply fragmented legislature in which the largest party, Ennahda, has only 52 of the 219 seats.
As the biggest party, Ennahda can name the prime minister, but he will then have only two months to form a governing coalition that can command a majority in parliament, something that may prove highly complex. If Ennahda’s choice fails to form a government, the new president can name an alternative candidate for prime minister to embark on a new round of coalition talks. If the parliament still cannot agree, there will be a new election.