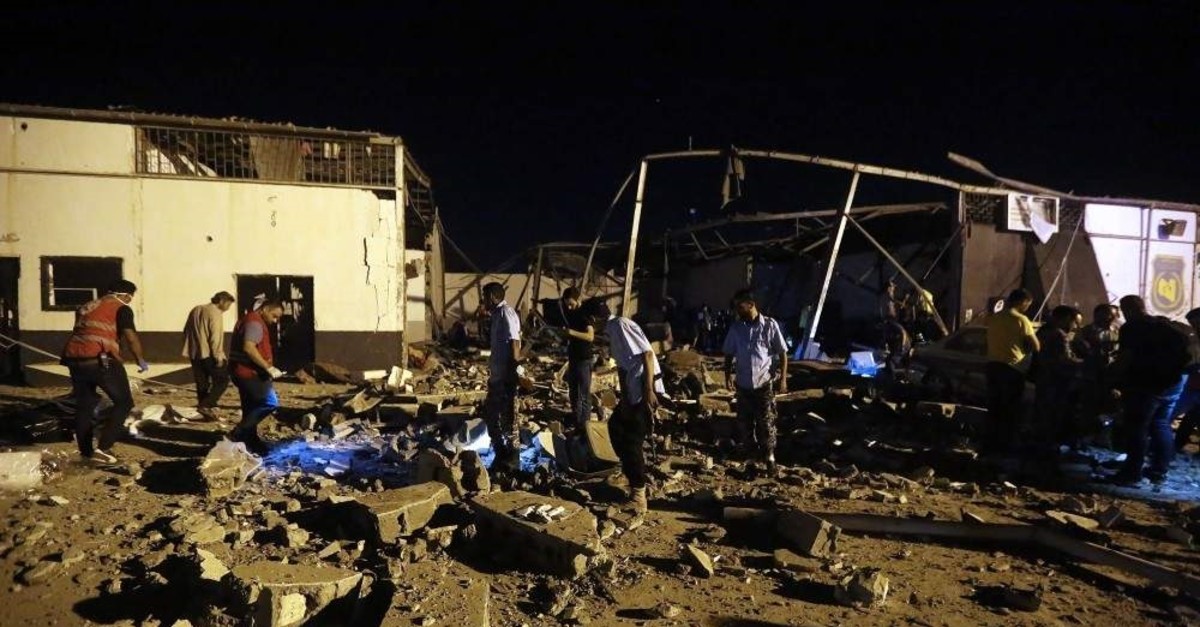 Fighter jets from the United Arab Emirates are suspected of being behind a deadly attack that killed scores of migrants in a Libyan refugee detention center near Tripoli in July, which was described as a potential war crime by the U.N.

The report, published by the BBC, points out that U.N. investigators suspect “that the airstrike was carried out using precision-guided missiles by a fighter jet operated by a U.N. member state acting in direct support of (Khalifa) Haftar’s armed forces.”

The missile strike at the Tajoura migrant detention center killed 53 migrants and injured 130 who are believed to have been sub-Saharan Africans attempting to reach Europe from Libya.

“An unknown number of Mirage 2000-9 fighter jets were operating from two airbases inside Libya at the time of the strike,” the report said.

Haftar’s air force does not have the equipment to support the operation of such aircraft, and only the UAE and Egypt are the only countries in the region that have the Mirage 2000-9 jets.

The U.N.-recognized Government of National Accord (GNA) said after the attack that it had been carried out by a fighter plane from the UAE. Haftar’s Benghazi-based Libyan National Army (LNA) first said it had bombed a legitimate target but later denied being involved.

Haftar, a former officer of Muammar Gadhafi's regime who has been trying to destroy the Tripoli-based GNA for months, enjoys varying levels of support from the UAE, Egypt and France. The Libyan conflict has drawn in a range of regional and international actors who are all competing for influence.

Since the country has become the power projection stage for several regional and international actors, there has been a heated exchange of accusations. Egypt, which has been acting as a mouthpiece for the UAE, accused other countries of financing militias.

Qatar, on the other hand, claimed that the UAE-backed forces in Libya were committing war crimes.

Libya faces a series of problems, including migration, a worsening humanitarian situation and internal conflict. The disputes among international actors and the indifference of many involved powers have only deepened the problems. Attempts to find a solution, with the help of some international powers, have so far remained futile. On the contrary, the division among the country’s rival factions has widened.

Libya is one of the main departure points for African migrants fleeing poverty and war to try to reach Italy by boat, but many are picked up and brought back by the Libyan coast guard, supported by the European Union. Some 6,000 are held in government-run detention centers in what human rights groups and the United Nations say are often inhuman conditions.

The United Nations High Commissioner for Refugees (UNHCR) had already called in May for the Tajoura detention center, which holds 600 people, to be evacuated after a projectile landed less than 100 meters (330 feet) away, injuring two migrants. The hangar-type detention center is next to a military camp, one of several in Tajoura, east of Tripoli’s center, which was targeted by airstrikes for weeks.