More than 11M hungry as southern Africa's drought drags on 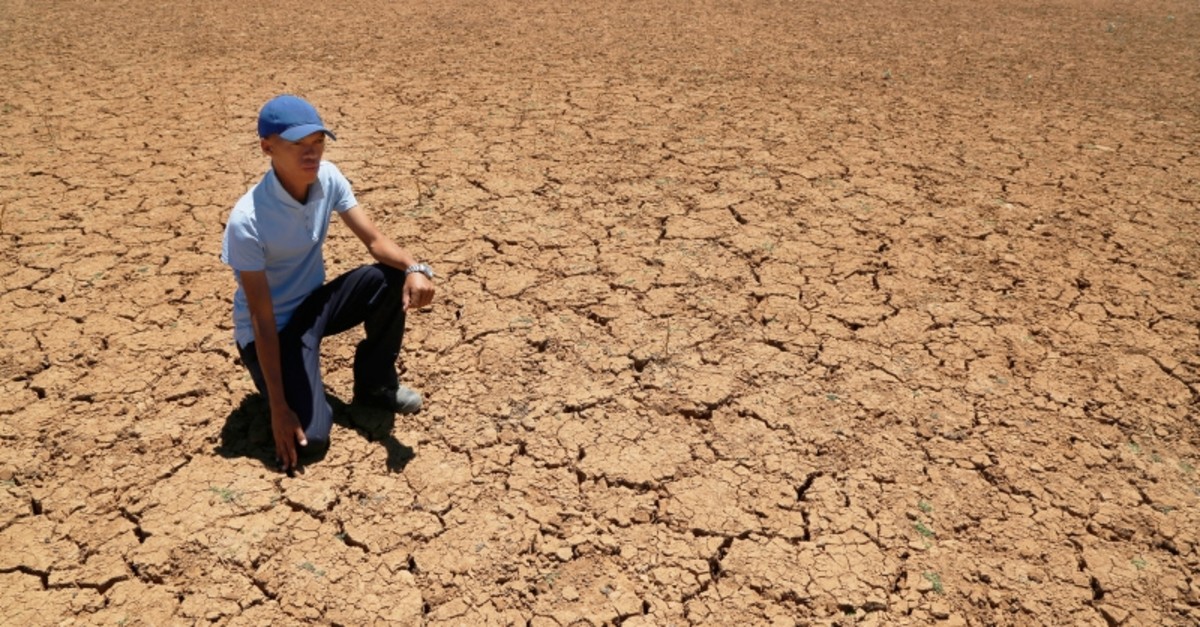 The flat, dusty roads to Vosburg are surrounded by withered fields. The streams feeding the community of a few thousand people have gone dry. Signs warn drivers of wandering cattle and sheep but there are none in sight.

The monthslong drought is affecting most of southern Africa. The United Nations estimates that more than 11 million people now face crisis levels of food insecurity in places like Zimbabwe and Mozambique, where two cyclones wiped out crops earlier this year.

Among the hardest-hit areas is South Africa’s Northern Cape province, where many farmers are struggling to keep their families and animals alive while revenue falls and debt piles up.

Commercial sheep farmer Louis van der Merwe, 64, broke down as he described losing more than 400 sheep and 450 springboks in the past two years because of the worst drought he has seen in 45 years of farming.

Some animals died of hunger. Others were sent prematurely to the slaughterhouse to reduce the number to feed. With tears running down his face, Van der Merwe said he now relies on donations of animal feed so the rest can survive.

"If we didn't have hope, we would not be here anymore,” he said. "We have to have hope and faith. There are a couple of times when we have felt it is not worth it.”

Two of his fellow farmers have killed themselves due to the stress, Van der Merwe said.

Northern Cape province will need over $28 million in drought relief over the next three months to assist 15,500 affected farms, according to farmers’ organization Agri-SA.

The World Food Programme says southern Africa has received normal rainfall in just one of the past five growing seasons, with small-scale farmers feeling it most.

Some like 55-year-old Gertruida Buffel, have resorted to sharing their own food with their animals.

For two weeks she had fed two tiny lambs a mixture of maize meal and water after their mother starved to death. When The Associated Press arrived at her home, she had just learned that one had died.

"It must have died because it has only been eating the maize meal mixture. It is not their natural diet," Buffel said.

Small children are hungry, too.

At Vosburg's only school, Delta Primary School, scores of children line up every morning for what becomes both breakfast and lunch: usually corn meal, vegetables and soup.

While the school food program began before the drought, teachers say it has become increasingly vital for the town’s struggling families.

"It's very hard for the parents to actually feed their children at home,” said one teacher, Xolile Ngxathu.

In the regional center of Kimberley a few hours’ drive away, government officials spend their days trying to allocate money from the $2 million provincial disaster relief fund. It is a daunting task as some farmers in far-flung areas cannot be reached easily.

Farmers Jan Louw, 65, and Martiens Tieties, 67, are among those relying on the government-sponsored animal feed but are not expecting their next rations until January.

Until then, they rely on commercial farmers sharing feed to keep their few livestock alive.

Rev. Jaco Heymans with the Dutch Reformed Church has been offering spiritual counseling to many farmers and farmworkers in Vosburg.

"The drought is having devastating impact on the people emotionally and spiritually because financially, all is almost lost,” Heymans said.

"Many people have already canceled their insurance policies and their medical aid in order to just survive. Primary concern is to keep the animals alive, so everything that is spared goes into feeding sheep.”

The drought is even blurring the divisions left by racially-based planning under South Africa’s harsh apartheid system that ended 25 years ago – with more affluent and mainly white residents living in developed areas and black and mixed-race residents in under-resourced townships.

Vosburg is no exception. With the stress of the drought, residents realize they need each other more than ever to survive. Large commercial farms are sharing animal feed with small-scale farmers. The church now counsels everyone from well-off farm owners to farm laborers who fear losing their jobs.

The end is not yet in sight. Christien Engelbrecht, a meteorologist at the South African Weather Service, said below normal rainfall is predicted for the country and the southern African region over the next three months.