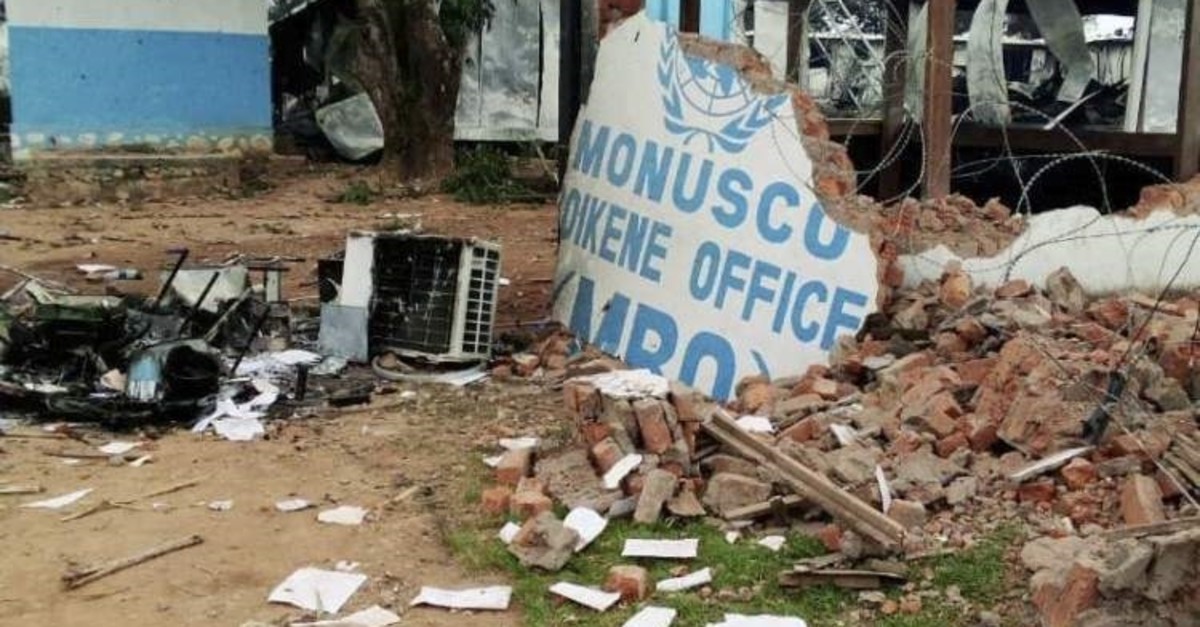 A student was injured and 10 other people were arrested yesterday in renewed protests in the eastern part of the Democratic Republic of the Congo at perceived U.N. failures to combat a notorious armed group. Dozens of civilians in and around the town of Beni have been killed by a notorious but shadowy group, the Allied Democratic Forces (ADF), since DR Congo's army launched an offensive against it on Oct. 30. The mounting death toll has caused people to take to the streets, accusing the authorities and the U.N.'s peacekeeping mission in the country, MONUSCO, of inaction. On Monday, a crowd stormed one of the two U.N. camps near Beni and set fire to one of its offices. On Tuesday, at least two people were killed as security forces engaged in running street battles with protesters.

The U.N. Security Council on Tuesday condemned attacks against civilians and a U.N. base in the country, where locals accused the blue helmets of failing to protect them against deadly militia violence. Speaking at a closed meeting on recent anti-U.N. riots that left six people dead in Beni in the east of the country, the acting president of the council, British Ambassador Karen Pierce, said the U.N. mission's mandate "has in it the requirement to protect civilians." Concerns have grown over unrest in the region and the consequences that the violence could have on U.N. efforts to counter an Ebola epidemic.