Call for cancelation of elections grows in Algeria 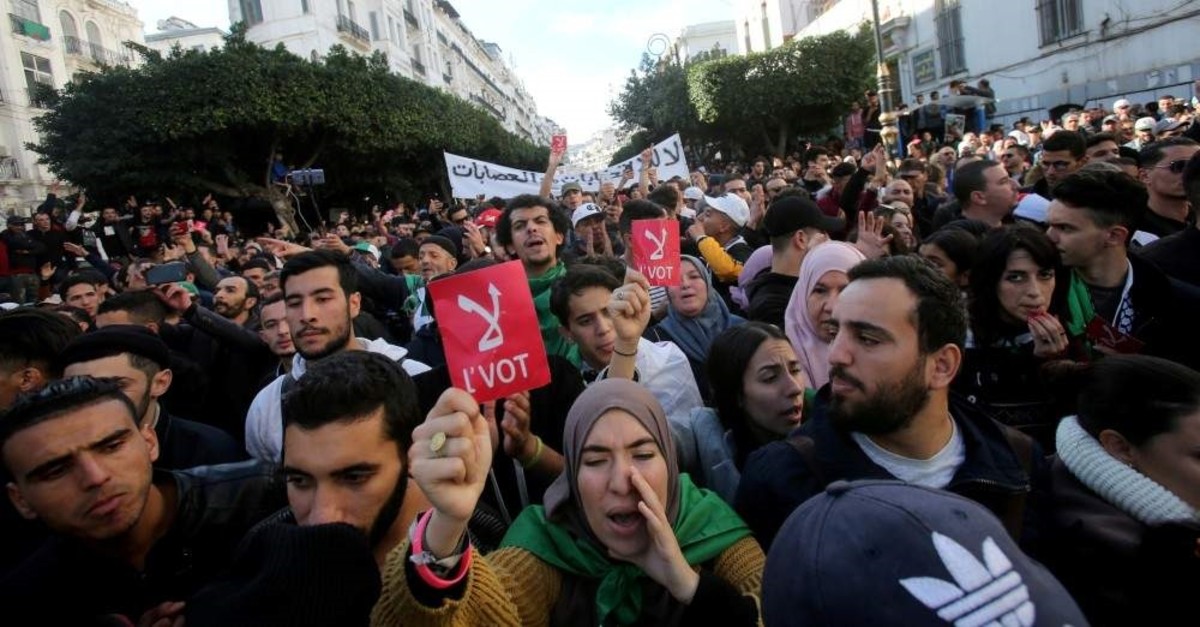 A big crowd of protesters marched through central Algiers on Wednesday to demand that a presidential election planned for Thursday be canceled, chanting that they would not vote in a poll they regard as a charade. Thousands of people crowded through the capital to demand that the vote be canceled until the entire ruling elite step down and the military quit politics. They chanted "No election tomorrow" and held up banners reading "You have destroyed the country."

Algeria has been gripped by anti-government protests since mid-February, which forced long-time ruler Abdelaziz Bouteflika to resign in April. However, protests have continued since Bouteflika's resignation. The demonstrations, known as "Hirak," are calling for an overhaul to the system, and for the removal of officials including interim President Abdelkader Bensalah and the country's military chief of staff, Gaid Salah.

With all five candidates having close links with the military-dominated establishment, leading many to see the polls as part of a strategy to avoid genuine change. An Algerian court sentenced two former prime ministers, who were both close to the ousted president, to long jail terms Tuesday in the first of a series of high-profile corruption trials launched after Bouteflika’s resignation. It was the first time since Algeria's independence from France in 1962 that former prime ministers were put on trial. The state prosecutor had sought 20-year prison sentences for the two ex-premiers. In all, 19 defendants were tried on charges ranging from money laundering to abuse of office and granting undue privileges in the nascent vehicle assembly industry.