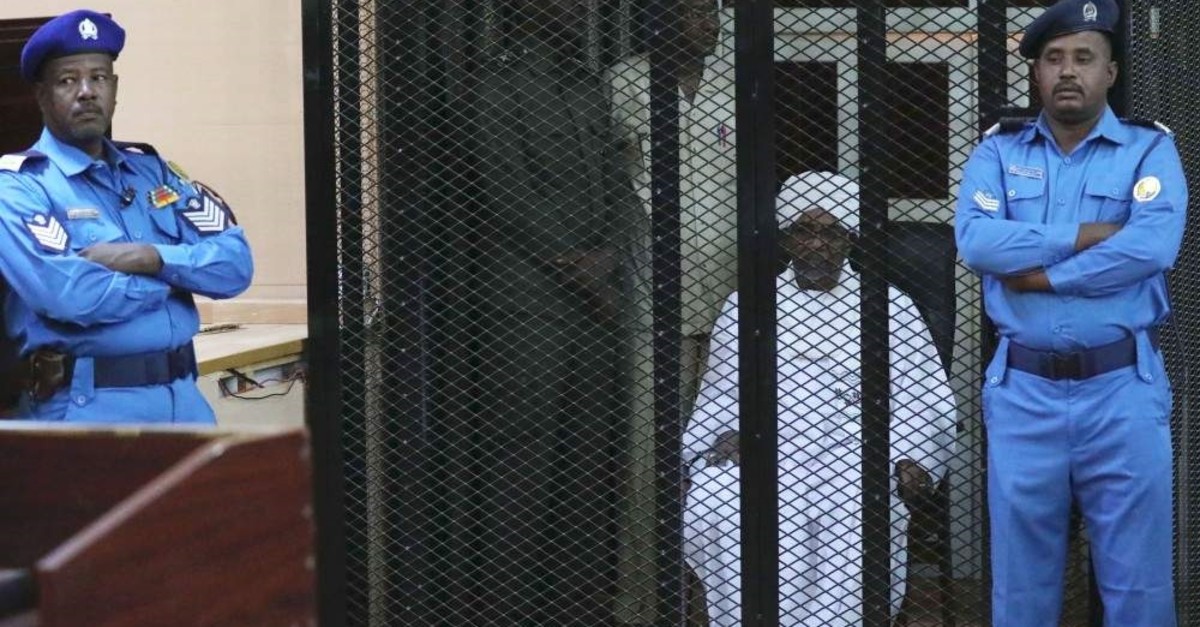 A court in Sudan has convicted former President Omar al-Bashir of money laundering and corruption on Saturday, sentencing him to two years in a minimum-security correctional facility.

The ruling constitutes the first verdict in a series of legal proceedings against al-Bashir, who is also wanted by the International Criminal Court (ICC) on charges of war crimes and genocide linked to the Darfur conflict in the 2000s.

The verdict comes a year after Sudanese protesters erupted in revolt against al-Bashir’s authoritarian rule. Over the course of his three decades in power, Sudan landed on the U.S. list for sponsoring terrorism, and the country's economy was battered by years of mismanagement and American sanctions.

Al-Bashir has been in custody since April, when Sudan’s military ousted him after months of nationwide protests. The uprising eventually forced the military into a power-sharing agreement with civilians.

Under Sudanese law, al-Bashir, 75, will be sent to a state-run lockup for elderly people who are convicted of crimes not punishable with death. But he will remain in jail amid an ongoing trial on separate charges regarding the killing of protesters in the months prior to his ouster.

Before the verdict was read, supporters of al-Bashir briefly disrupted the proceedings and were pushed out of the courtroom by security forces. The ex-president appeared in the defendant's cage wearing a traditional white robe (jalabiya) and turban. He had arrived in a white Land Cruiser SUV amid tight security at the Judicial and Legal Science Institute in the capital, Khartoum.

Sudan's military said it would not extradite him to the ICC. The country's military-civilian transitional government has not indicated whether they will hand him over to the court based in The Hague.

Anti-government demonstrations erupted last December over steep price hikes and food shortages, but soon shifted to calls for al-Bashir to step down. Security forces responded with a fierce crackdown that killed dozens of protesters in the months prior to his ouster.

Millions of U.S. dollars, euros and Sudanese pounds were seized in al-Bashir's home shortly after the military removed him from power.

Saturday's verdict could be appealed before a higher court, and al-Bashir's lawyer told reporters that the ex-president will use his right to appeal.

Mohamed al-Hassan had said before the verdict that the ex-president's defense did not see the trial as a legal case, but as "a political" one.

While the former president admitted to having received a total of $90 million from Saudi leaders, the trial centered on the $25 million received from Saudi Arabia's de facto ruler Crown Prince Mohammed bin Salman, In August, al-Bashir told the court that he received the money through his office manager.

He said the crown prince did not want to reveal that he was the source of the funds, so he did not deposit the money in the country’s central bank. The funds, he said, formed part of Sudan's strategic relations with Saudi Arabia and were "not used for private interests but as donations." At least $2 million went to a military hospital and $3 million to a university, he said.

Al-Bashir said $5 million was given to the Rapid Support Forces (RSF), a paramilitary unit that grew out of the feared Janjaweed militias unleashed during the Darfur conflict.

The RSF is led by Gen. Mohammed Hamdan Dagalo, known as Hemedti, who is also a member of the newly appointed Sovereign Council that is to rule Sudan during its three-year transition.

Protesters accuse the RSF of leading the crackdown against them, including the June break-up of their sit-in camp in Khartoum.
Al-Bashir has been wanted by the ICC for years for his role in the Darfur war that broke out in 2003, when ethnic minority rebels took up arms against his Arab-dominated government which they accused of marginalizing the region.

Separately, on November 12, Sudanese authorities filed charges against al-Bashir and some of his aides for "plotting" the 1989 coup that brought him to power. In May, Sudan's attorney general said Bashir had been charged with the deaths of those killed during the anti-regime demonstrations that led to his ouster, without specifying when he would face trial.

On Thursday, the Sudanese military officer in charge of removing the powers of the old regime announced that Sudan's bar association and trade union governing bodies were being dissolved, according to state news agency SUNA. He also announced that a committee was being formed to dissolve the assets of al-Bashir's National Congress Party.