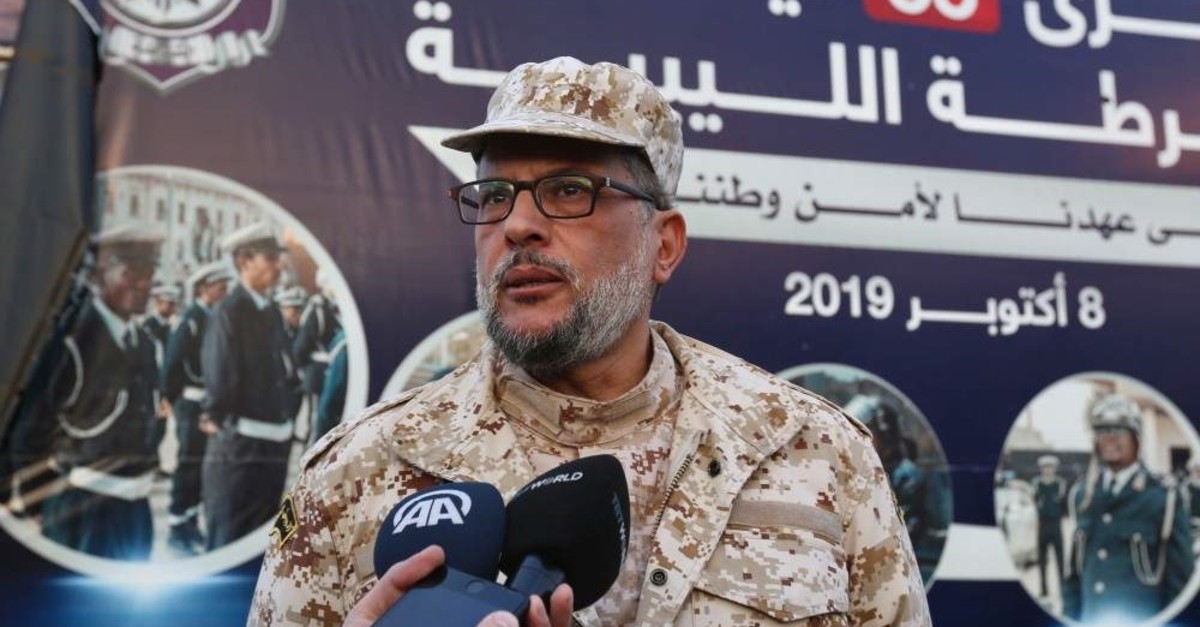 A certain number of Russian mercenaries have started to withdraw from the frontline near Tripoli after President Erdoğan and his Russian counterpart Vladimir Putin agreed upon a cease-fire in Libya, a commander from Libya's U.N.-backed Tripoli Government said.

Nasir Ammar – commander of the armed forces representing the National Government of Accord (GNA) and whose views were included in a Saturday report by Anadolu Agency (AA) – said some of the Wagner Group fighters had begun withdrawing.

Libyan and U.S. officials accused Russia of deploying fighters through the private security contractor firm, the Wagner Group, to key battleground areas in Libya over the past few months.

They claim the Russian fighters are backing warlord Khalifa Haftar, whose forces have been trying for months to capture the capital Tripoli.

Ammar told AA that they observed that a significant number of Wagner paramilitary troops had abandoned the front, flying to the Jufra military base by helicopter.

"The rest only holds the line of withdrawal," he said.

Turkey and Russia called for a cease-fire in Libya starting from Jan. 12, following a meeting between the two countries' leaders in Istanbul.

Libya's High Council of State and the GNA welcomed Turkey and Russia's call to reach a cease-fire in the country, reports said Thursday.

"The High Council of State welcomes the statement made by President Recep Tayyip Erdoğan and Russian President Vladimir Putin regarding the Libyan crisis and the attack on the capital," a statement released by the council said.

Haftar has rejected calls for a cease-fire, claiming that, as Ammar put it, he would fight against militias in Tripoli.

Ammar said Haftar himself uses mercenaries, and militias to keep his fight against Libya's legitimate government.

"Haftar calls the group he leads as 'Libyan National Army', but his ranks include the Janjaweed, Russian (Wagner) mercenaries, Sudanese, Egyptians, UAE and others," he stressed.

Ammar said Haftar had taken the war into residential areas, especially thanks to the Wagner mercenaries.

"There are around 250 Wagner mercenaries on each front and about a thousand Janjaweed militants [from the Darfur region of Sudan] who have been recently brought in to help end the war in favor of Hafter," he added.

Ammar further asserted that the Libyan government gladly welcomed the technical support from Turkey in terms of anti-radar, air defense, radar systems, along with the logistic supports, which were provided under a memorandum of understanding signed between Ankara and Tripoli.

Turkey backs Fayez al-Sarraj's Tripoli-based, internationally recognized GNA and has said it will send military advisers and troops to reinforce its support, while Russian military contractors have been deployed alongside Haftar's eastern-based Libyan National Army (LNA).

The United Nations has been leading efforts for months to pave the way for a truce and political negotiations in Libya, a major oil and gas producer, with few visible signs of progress.

Since April, the Haftar fighters have been waging a campaign to take the capital, Tripoli, about 370 km (230 miles) northwest of Sirte, where it is battling forces aligned with the GNA.