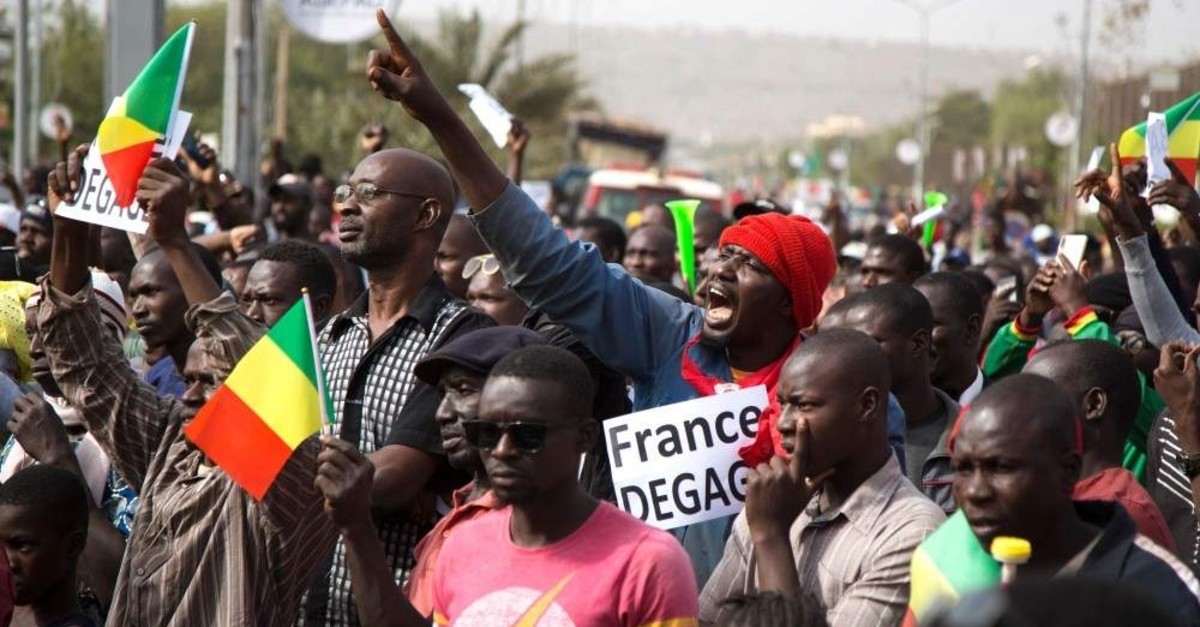 Amid a security summit with the leaders of Mali, Burkina Faso, Chad, Niger and Mauritania, known as the G5 Sahel, French President Emmanuel Macron is hoping to counter anti-French sentiment that has bubbled amid frustration over the increasing number of militant attacks that killed thousands of people across the region last year alone.

Macron wanted Monday's summit in the French southern city of Pau to help re-legitimize the French operation in the Sahel by sending a strong united message. France, which once colonized much of West Africa, has 4,500 soldiers stationed across a region the size of Europe as part of Operation Barkhane, supporting poorly-equipped, impoverished local armies that in 2017 launched a joint G5 Sahel force.

On Friday, hundreds of people gathered in the Malian capital Bamako to protest against the presence of foreign troops, carrying posters reading: "Down with France, Barkhane must go" and "France is a brake on our development." In recent weeks, Macron has found himself on the defensive. In a visit last month to Ivory Coast, he rejected accusations that France's involvement in the region was motivated by imperialist or economic purposes.

Macron called the summit with West African leaders following a helicopter collision that occurred during a combat operation in November that killed 13 French soldiers fighting militants in Mali near the border of Niger. It was France's worst military loss in nearly four decades. The Pau meeting was postponed from December after a militant attack claimed the lives of 71 Nigerien soldiers. Meanwhile, last Thursday a further attack left 89 Nigerien soldiers dead. The worst jihadist attack in Niger's history saw 77 "terrorists neutralized" according to Niger's authorities.

According to human rights groups, the problems facing the G5 Sahel go further than the presence of armed groups, with more than military action is needed to address the worsening humanitarian crisis afflicting the region and challenges ranging from the development to climate change. Last week, Action Against Hunger (AAH), the Norwegian Refugee Council (NRC) and Oxfam expressed concerns over the insufficient amount of humanitarian aid and of protection offered to civilians, calling on the leaders to give priority to the benefit of the public, instead of military solutions.

Despite the French presence and a 13,000-strong U.N. peacekeeping force dubbed MINUSMA in Mali, the conflict that erupted in the north of that country in 2012 has since spread to its neighbors, especially Burkina Faso and Niger. However, the militants have regrouped, with violence quickly spiraling out of control and having doubled every year since 2015. Thousands of civilians have been killed and more than a million displaced, with hundreds of troops dead, including dozens of French.