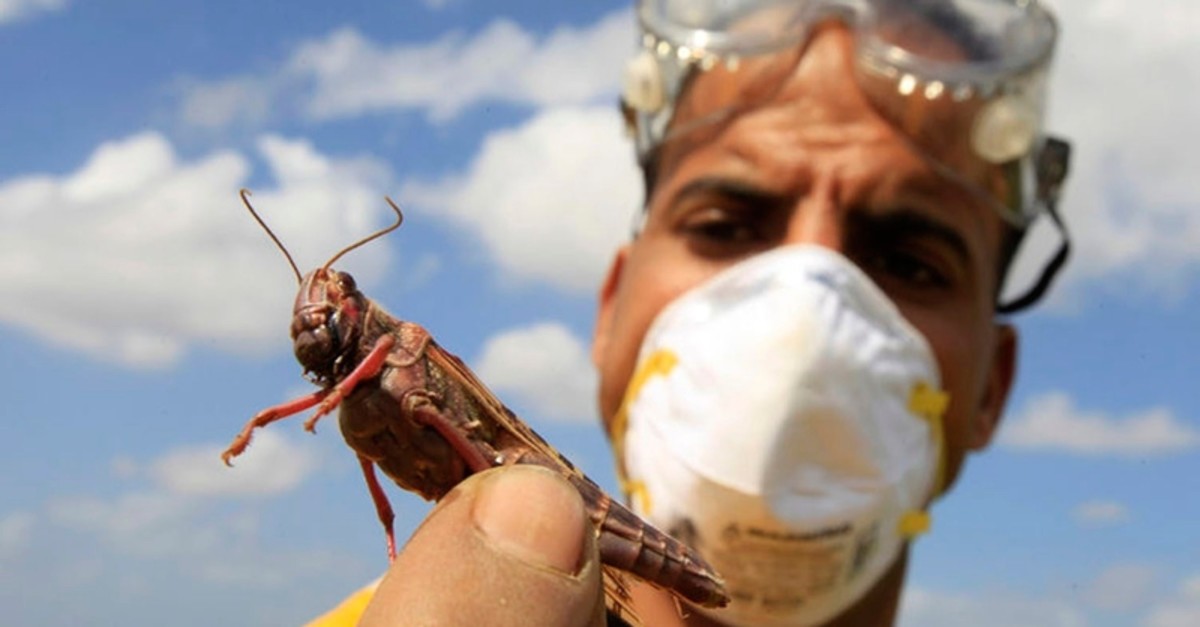 Large swarms of desert locusts are spreading through Kenya, after wreaking havoc in Somalia and Ethiopia, posing a significant threat to food security, the agriculture minister said Friday.

The locusts – part of the grasshopper family – have led to what the Food and Agriculture Organization (FAO) has termed the "worst situation in 25 years" in the Horn of Africa.

Swarms formed in eastern Ethiopia and northern Somalia and have moved through the region, possibly still threatening South Sudan and Uganda.

Kenyan Agriculture Minister Mwangi Kiunjuri told a press conference that the swarms had crossed the border from Somalia on December 28, and had now spread to northern Mandera and Marsabit, eastern Wajir and Garissa, as well as central Isiolo and Samburu.

"We recognize that the pest invasion and potential to spread rapidly to other counties pose (an) unprecedented threat to food security and livelihoods in the country," said Kiunjuri.

Desperate measures have seen police deployed to shoot in the air and spray teargas at the critters, while residents clap their hands, whistle and bang bottles and cans together to try chase away the thick clouds of locusts, according to images obtained by AFP.

However, Kiunjuri said the government had obtained pesticides and two aircraft to spray affected areas and hopes to soon have a third.

The FAO estimated that there was a low risk of breeding in Kenya, however, it said a "potentially threatening situation" was developing on both sides of the Red Sea, with growing populations on the coasts of Egypt, Sudan, Eritrea, Saudi Arabia and Yemen.

The United Nations agricultural organization in December said some 70,000 hectares (173,000 acres) of land had been infested in Ethiopia and Somalia.

"Insecurity and a lack of national capacity have so far not allowed control operations in Somalia," the FAO said in a statement this week.

In addition to food security, some aviation hazards were also reported. Last week, Ethiopian Airlines Boeing 737 reportedly hit a hungry swarm of locusts as they were ingested into the engines and significantly reduced visibility from the cockpit windows while causing significant damage to the aircraft.

Desert locusts – whose destructive infestations cause major crop damage and hunger – are a species of grasshopper that lives largely solitary lives until a combination of conditions increases breeding activity and leads to the formation massive swarms.

According to the FAO, swarms can travel up to 130km (80 miles) per day – a kilometer-wide (half-mile-wide) swarm can contain up to 80 million locusts