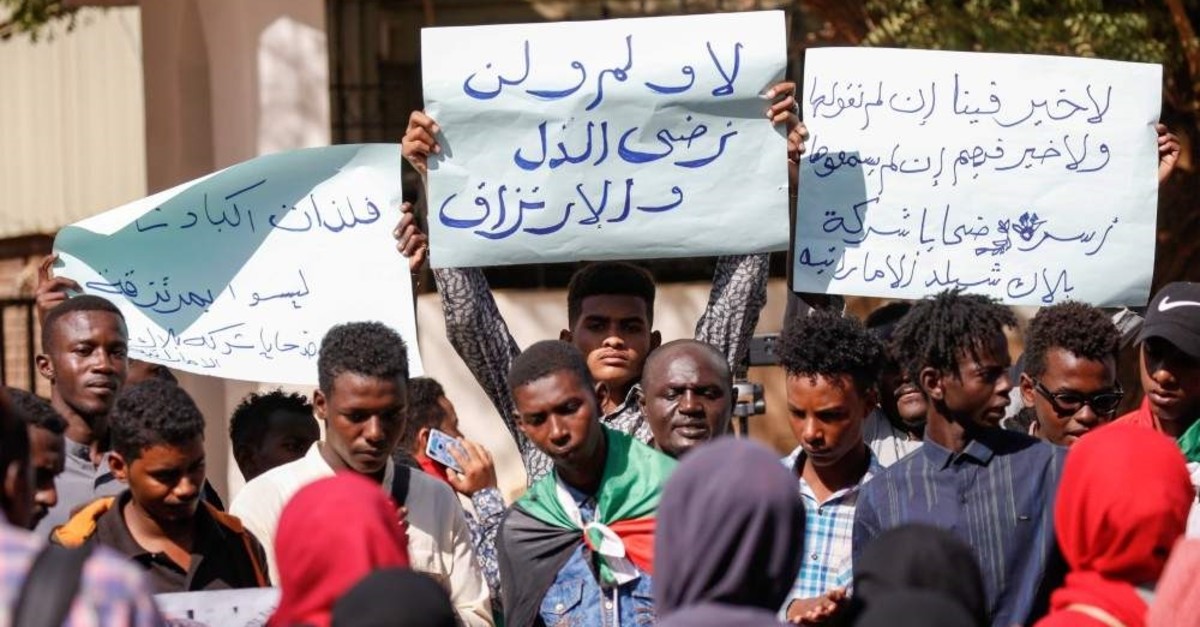 Sudan said Tuesday it was investigating the case of Sudanese men who were transferred to Libyan oil facilities after being hired as guards by an Emirati company. Sudan's foreign ministry said it was looking into the case after some of the men's families gathered outside the ministry building in Khartoum to protest amid a heavy security presence. The families also demonstrated outside the Emirati embassy in Khartoum on Tuesday for a second time.
Several demonstrators AFP spoke to said their relatives had been given United Arab Emirates visas by travel agencies following advertisements in local newspapers for Sudanese men to work as security guards for a UAE firm called Black Shield. "My brother traveled to UAE on Aug. 20, but six days ago we lost contact with him," said Salma Mohamed, one of the demonstrators. "We saw on social media that he and others had been taken to Libya or Yemen. We have no information, we want him to return."
Another demonstrator, Imad Osman, handed out sweets to fellow protesters after he was told that his son was returning from Libya. "My son traveled in September to UAE, but 10 days ago we lost contact with him," Osman said. "Today he informed me that he and some others were brought back from Ras Lanuf in Libya to Abu Dhabi."
Two protesters said their relatives had traveled to the United Arab Emirates to work for a security service company as guards, as reported by Reuters. They had then been transferred to Ras Lanuf oil terminal in Libya last week, before returning to the UAE after protests over their case in Sudan. Ras Lanuf is one of the oil ports that has been blockaded since Jan. 18 by groups loyal to putschist Gen. Khalifa Haftar.

The UAE is Haftar's most important supporter in a conflict that has increasingly become a proxy war. The UAE has also been a prominent player in Sudan, where it has close ties to top military officials who toppled former President Omar al-Bashir last year after months of street protests.

Sudan sent troops to fight in the Saudi-led coalition in Yemen, in which the UAE also participated, though Sudan's transitional government, which is sharing power with the military, has said it is drawing down its presence there.

Foreign fighters and guards including many from Sudan have been used in Libya and Yemen many times. The U.N. said in a December report that five Sudanese and four Chadian armed groups had contributed thousands of combatants to fight in Libya. A separate U.N. report on Sudan released this month also said that many Arabs from the conflict-wracked region of Darfur were fighting as "individual mercenaries" alongside Libyan warring parties.