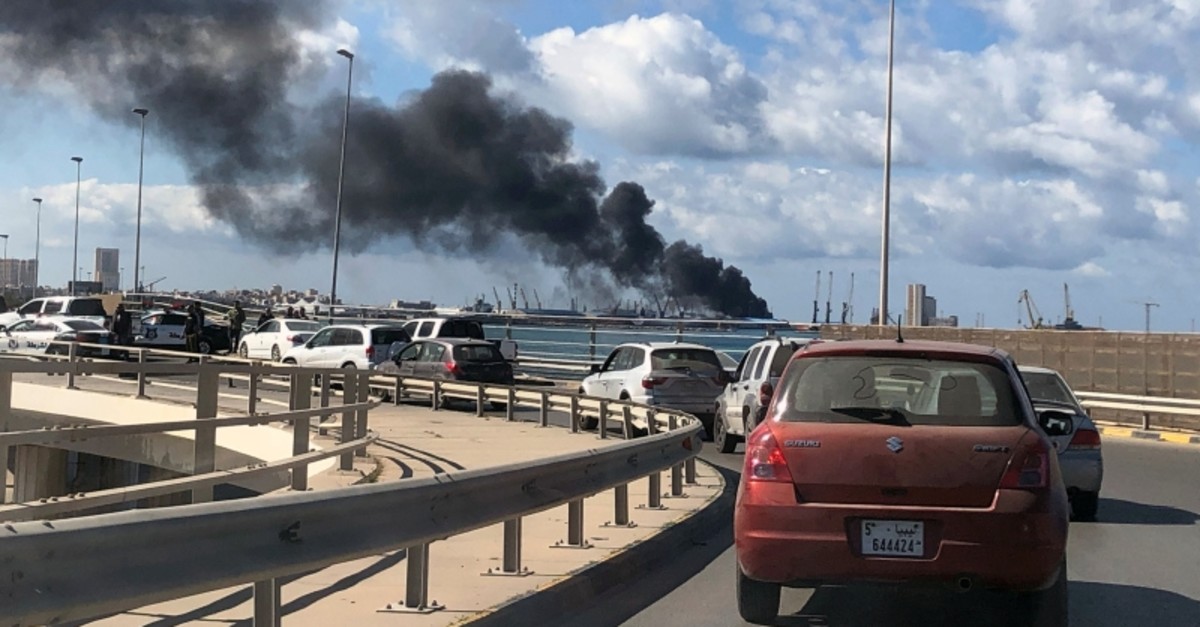 The seaport in Libya's capital Tripoli was attacked Haftar militants earlier on the same day.

However, the attack occurred after flights to Libya's only civil airport came to a halt amid attacks by Haftar forces late Monday, as they have been trying to capture the capital Tripoli for months. In a statement, the management of the Mitiga International Airport in the Libyan capital Tripoli said the airport was targeted during the takeoff of a Libyan Airlines plane.

Libya's U.N.-recognized legitimate Government of National Accord (GNA) claimed that Haftar militants were responsible for the attack. The Mitiga airport has been targeted various times by the Haftar militants.

Since early April, forces loyal to Haftar have been launching a campaign to capture Tripoli from the GNA forces.

Clashes between the two sides since then have left more than 1,000 people dead and about 5,500 wounded, according to the World Health Organization.

Libya has remained beset by turmoil since 2011, when long-time ruler Muammar Gaddafi was ousted and killed in a bloody NATO-backed uprising after four decades in power.

The oil-rich country has since seen the emergence of two rival seats of power: one in eastern Libya, with which Haftar is affiliated, and the Tripoli-based GNA, which enjoys the UN recognition.