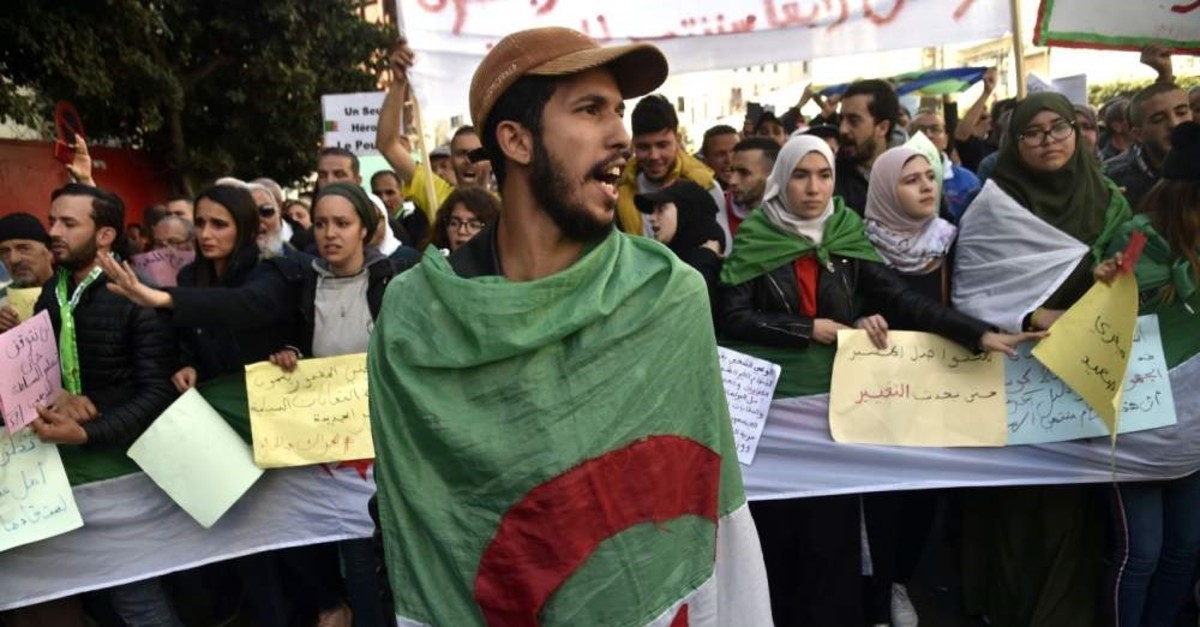 Algeria this weekend marks a year since the birth of an unprecedented protest movement known as "Hirak," one that quickly forced an ailing president from power and is now looking to maintain momentum.

The epicenter of the protest movement in central Algiers remained calm on Friday morning, with a heavy police presence. Checkpoints were installed on roads into the city, according to social media, complicating access to the commemoration for Algerians outside the capital.

Protests first erupted on Feb. 22 last year, in response to President Abdelaziz Bouteflika announcing he intended a run for a fifth term, despite being debilitated by a 2013 stroke. Less than six weeks later, he stepped down after losing the support of the then-army chief in the face of enormous weekly demonstrations. But despite hordes, diplomats said "millions," turning out after Bouteflika's fall to demand an overhaul of the entire system, the military maintained a political stranglehold in the months that followed.

The election of Abdelmadjid Tebboune, once a prime minister under Bouteflika, as president in December appears to have reinforced the regime's hand and further stalled the protest movement. But many boycotted the poll; even the official turnout was below 40% and demonstrators remain numerous.

On Thursday evening, Tebboune paid homage to the protest movement in an interview with local media, promising to implement "all of its demands" after it prevented the "total collapse" of the country. But in a manifesto published Thursday, organizations from the Hirak movement called for "continued mobilization" to force out members of the old guard, arguing that they could not oversee the process of reform.