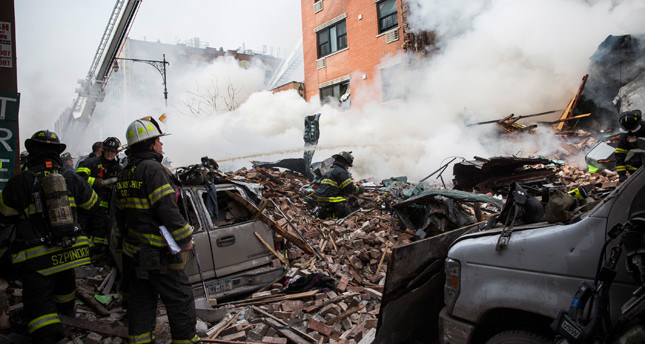 by German Press Agency - DPA Mar 12, 2014 12:00 am
NEW YORK – An explosion flattened two buildings in New York's Harlem neighbourhood, leaving at least one dead and 11 people injured, local media reported. The cause of the explosion is unknown. Firefighters battled the blaze and heavy smoke in and around the collapsed buildings - an apartment building and a church - local TV channel CBS New York reported. Numerous people were treated at a local hospital, according to ABC 7 New York. 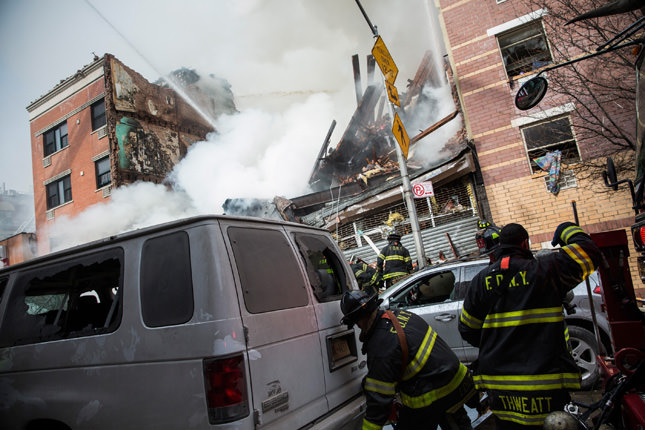