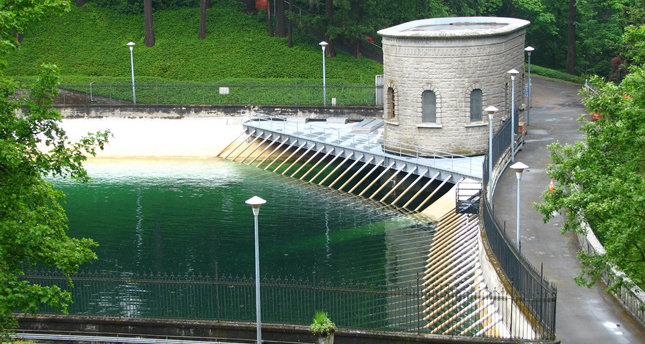 by Apr 17, 2014 12:00 am
PORTLAND — Oregon is flushing 38 million gallons (143 million liters) of drinking water down the drain because a 19-year-old man urinated in an open reservoir early on Wednesday morning, city water officials said.

Three teens were observed at the reservoir in a Portland park at about 1:00 a.m. Wednesday, Portland Water Bureau spokesman David Shaff said, and one of them was filmed urinating through an iron fence into the water.

The other two tried to climb the fence and one got into the secure area around the reservoir, but Shaff said it is not clear what he did then.

The 50-million-gallon (189-million-liter) reservoir was taken off line and was tested for possible contamination and the results will be known Thursday. But in the meantime, the city has decided to "discard" 38 million gallons of water and clean the reservoir, Shaff said.

"That water goes directly into people's homes," David Shaff, Portland Water Bureau administrator said. "There is no way to re-treat it."

The three teens were cited for trespassing and one for public urination. Additional charges could be filed as the investigation continues.

"We are not in the arid Southwest," Shaff said, "We have hundreds of millions of gallons available, so that makes it an easy call for me" to discard the water. He estimated the cost of cleaning and replacing the water at several thousand dollars.

The Federal government has mandated that Portland and all other cities cover their water reservoirs, Shaff said, and this group of Portland reservoirs will be finished by December 2015.

Shaff has not seen the police report and could not comment on motive but said alcohol may have been involved.