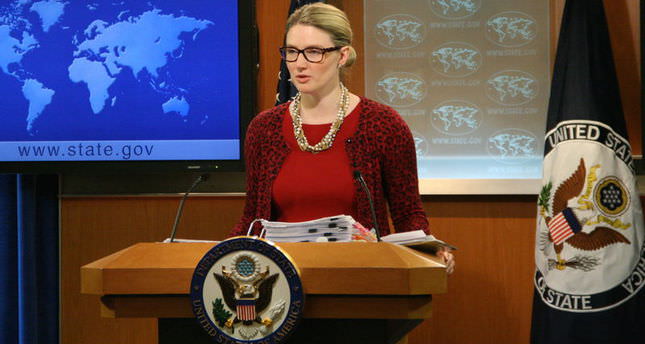 by Apr 18, 2014 12:00 am
WASHINGTON — The United States has taken steps to release a $450 million installment of frozen Iranian funds following a report from the International Atomic Energy Agency (IAEA) verifying that Iran is living up to its part of a landmark nuclear pact with world powers, the U.S. State Department said on Thursday.

State Department spokeswoman Marie Harf said that "all sides have kept the commitments made" under the agreement. She said that "as Iran remains in line with its commitments," the United States, France, Germany, Britain, China, Russia and the European Union "will continue to uphold our commitments as well."

The report by the U.N. nuclear agency showed that Iran had - as stipulated under the November 24 agreement - diluted half of its higher-grade enriched uranium reserve to a fissile content less prone to bomb proliferation. Tehran has also continued to convert the other half of its stock of uranium gas refined to a 20 percent fissile purity, the IAEA report said.

"Based on this confirmation and consistent with commitments that the United States made under the Joint Plan of Action (November 24 pact), the Department of Treasury took the necessary steps pursuant to the JPOA to facilitate the release of a $450 million installment of Iran's frozen funds," Harf told reporters.

Under the agreement, Iran halted some aspects of its nuclear program in exchange for a limited easing of international sanctions.