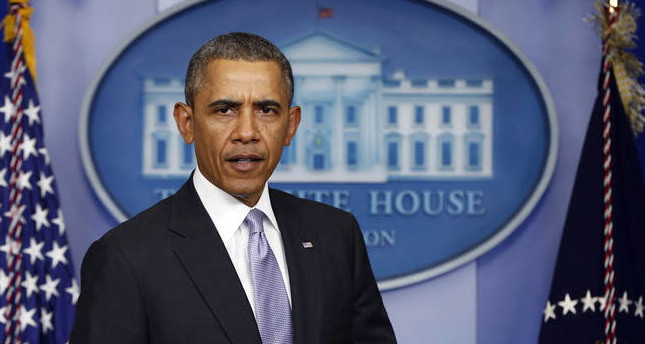 by AA Apr 24, 2014 12:00 am
WASHINGTON D.C. — U.S. President Barack Obama in his annual April 24, statement used the expression "Meds Yeghern" meaning "Great Catastrophe" in the Armenian language to characterize the incidents of 1915.

"Today we commemorate the Meds Yeghern and honor those who perished in one of the worst atrocities of the 20th century," said U.S. President Barack Obama on his annual speech Thursday .

A day before Obama's speech, Turkish Prime Minister Recep Tayyip Erdoğan on Wednesday had offered condolences to the descendants of the victims of the mass killing of Armenians during World War I.
Last Update: Apr 24, 2014 4:25 pm
RELATED TOPICS