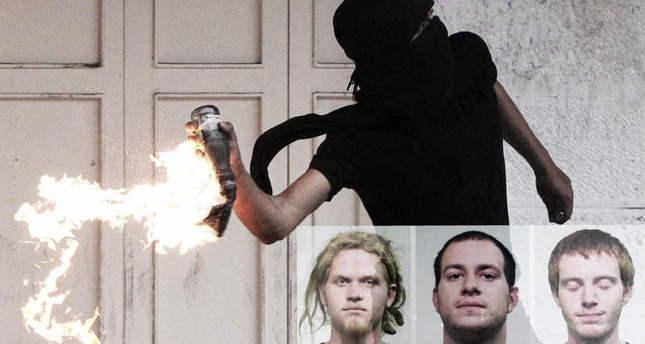 by Apr 26, 2014 12:00 am
CHICAGO — Three protesters were convicted on charges of terrorism for plotting Molotov cocktail attacks in Chicago during a NATO summit were sentenced to prison terms Friday.

All three were convicted of the same charges, but Brian Church, 22, of Fort Lauderdale, Fla., ended up getting the shortest sentence - five years. Jared Chase, 29, of Keene, N.H., got the longest, 8 years; and Brent Betterly, 26, of Oakland Park, got six years.

Judge Thaddeus Wilson raised it himself in his remarks minutes before imposing the sentences, saying the plan to lob gas-filled bottles at the targets, had it been carried out, would have struck fear in the city.

"It might not be terrorism," the Cook County circuit judge said. "But it is terrorizing."

With credit for their two years in jail awaiting trial, all three could end up serving less than a third of their designated sentences. Church could be out in less than a year.

The decision by Cook County State's Attorney Anita Alvarez to prosecute the three under the state's terrorism statute raised eyebrows at the time. A conviction on that charge carries a maximum life sentence.

Defense attorney Thomas Durkin criticized prosecutors for raising the specter of terrorism even after jurors came back with not guilty verdicts in February on all the terrorist-related counts.