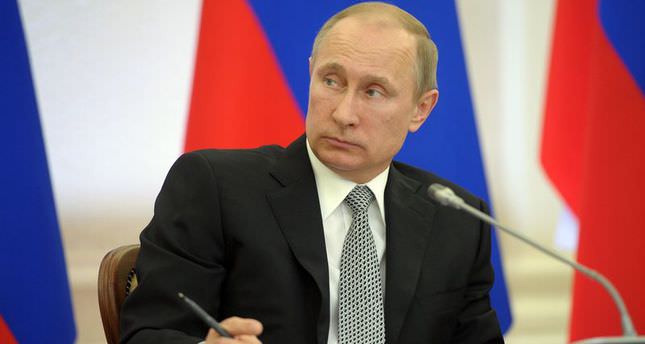 by Anadolu Agency Apr 28, 2014 12:00 am
MANILA — The United States levied new sanctions Monday on seven Russian government officials, as well as 17 companies with links to Vladimir Putin's close associates, as the Obama administration seeks to pressure the Russian leader to deescalate the crisis in Ukraine.

The new penalties were a response to what U.S. officials say is Russia's failure to live up to commitments it agreed to under an international accord aimed at ending the dispute. The White House says Russia's involvement in the recent violence in eastern Ukraine is indisputable and warned that the U.S. and its partners were prepared to impose deeper penalties if Russia's provocations continue.

President Barack Obama announced the sanctions while traveling in the Philippines, the last stop on a weeklong trip to Asia. He said that while his goal was not to target Putin personally, he was seeking to "change his calculus with respect to how the current actions that he's engaging in could have an adverse impact on the Russian economy over the long haul."

The U.S. sanctions were followed closely by new penalties from the European Union. Diplomats said the 28-nation EU decided to add 15 more officials to its Russia sanctions list.

Neither the U.S. nor Europe plans to announce broader sanctions on Russia's key industries this week, though Obama said they were keeping those measures "in reserve" in case the situation worsens and Russia launches a full military incursion into eastern Ukraine. Among the targets of those so-called sector sanctions could be Russia's banking, defense and energy industries.