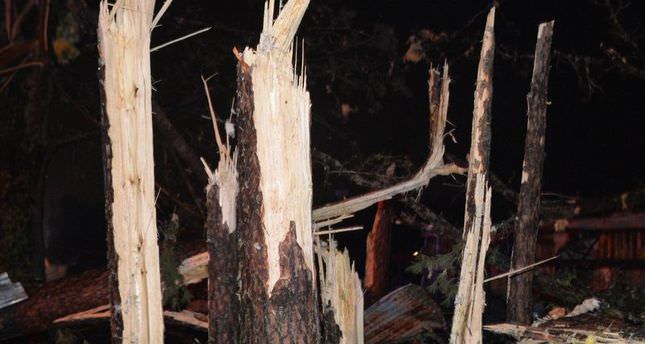 by Apr 29, 2014 12:00 am
MAYFLOWER — A tornado system ripped through the central U.S. and left at least 17 dead in a violent start to this year's storm season, officials said. Matt DeCample, a spokesman for Arkansas Gov. Mike Beebe, said 11 in his state were killed Sunday when a tornado carved through several Little Rock suburbs. A separate tornado from the same storm system killed one person in Oklahoma. The large tornado outside Little Rock, Arkansas, stayed on the ground as it moved northeastward for at least 30 miles (48 kilometers). Tornadoes also touched down in Nebraska, Iowa, Missouri and Kansas, where dozens of homes in Baxter Springs were destroyed. Twentyfive people were injured and one person died, but it wasn't clear if the death was related to the storm, said Kari West, a spokeswoman for the Southeast Kansas Incident Management Team.