Some US companies starting to feel pain from Ukraine crisis 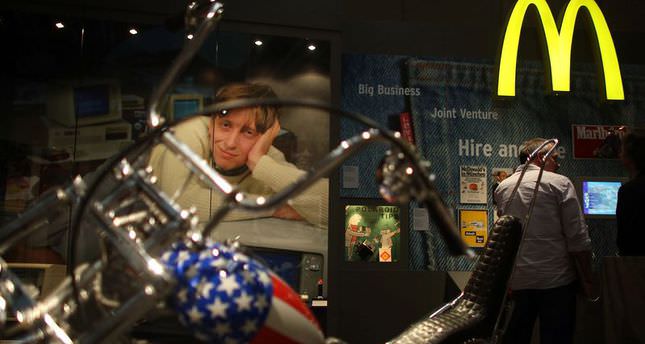 by reuters
Apr 30, 2014 12:00 am
NEW YORK — Turmoil in Ukraine and a series of Western sanctions on Russia are starting to hurt some U.S. corporations doing business in the region, with the latest round of U.S. penalties threatening to complicate matters further.

The companies have expressed concern about the weak Russian economy, the ruble's decline and the potential for the crisis to worsen. There are also worries about a possible backlash in Russia against Western products.

U.S. Treasury Secretary Jack Lew said on Tuesday that international sanctions on Russia were putting pressure on Russia's economy, and more actions could be taken if Moscow did not step back from the Ukraine crisis.

Companies began feeling the pain in the first quarter, "but it seems to be worse and more uncertain and spreading in the second quarter, which will obviously impact future earnings reports," said Clement Miller, investment strategist at Wilmington Trust Investment Advisors.

McDonald's Corp (MCD.N) , which imports about half of its food used in its Russian restaurants, said the weaker ruble hurt restaurant margins in Russia by 2 percentage points, dragging down the company's overall margins in Europe.

"So if you assume the ruble is going to stay at this depressed level the rest of the year, that is something we are going to be battling with for the rest of the year in our European margins," McDonald's Chief Financial Officer Pete Bensen said on the company's first-quarter conference call.

McDonald's, which operates more than 400 restaurants in Russia, was the first international fast-food chain to tap the Russian market when it opened in Moscow's Pushkin Square before the collapse of the Soviet Union. McDonald's sees Russia as one of its top seven major markets outside the United States and Canada, according to its 2013 annual report.

Ford (F.N) also pointed to pressure on margins "because even though we are working hard to localize more and more parts we still have a substantial portion of the vehicles that we produce there that have imported components," Chief Financial Officer Bob Shanks said in an interview.

Shanks, who also cited lower sales volume in Russia due to the country's overall weakened economy, said the geopolitical issues in Russia "so far haven't had much of an effect. But we'll have to wait and see what comes down the road."

Ford Sollers, a joint venture between Ford and Russian carmaker Sollers (SVAV.MM), announced earlier this month that it was cutting 700 staff in its plant near St Petersburg due to Russia's deteriorating economy and weaker ruble.