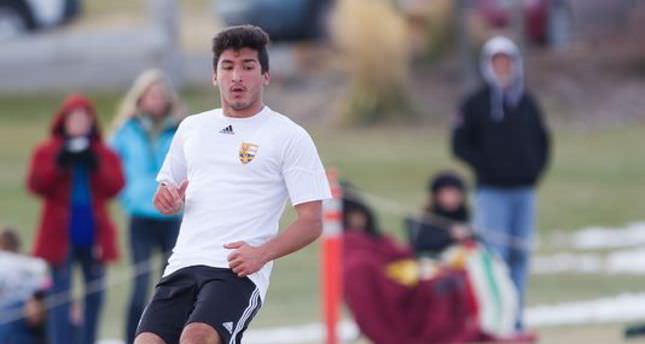 by Daily Sabah Apr 30, 2014 12:00 am
ISTANBUL — Diren Dede, 17, of Turkish origin was found dead in a garage in Missoula, Montana, where he was on exchange as a student from Hamburg, Germany. The spokesperson of Missoula State Schools said the incident occurred at 12.30 a.m. local time.
Markus Kaarma, 29, was arrested in connection with the incident. According to local media reports, Kaarma confessed to finding an "uninvited guest" in his garage when the security alarm went off and shot the intruder with a hunting rifle. Spokesman Hatton Littman noted in his statement that Diren was a "much loved student" of Big Sky High School in Missoula. Littman further stated that counselors from Tamarack Mourning Consolation Center and guidance counselors from the school will visit students, the host family of Diren and families of other students for support.Diren was a German exchange student of Turkish origin who had arrived in Missoula in August. The school noted that Diren's talent in football and athletics contributed to the school's cultural wealth. The police investigation is ongoing.