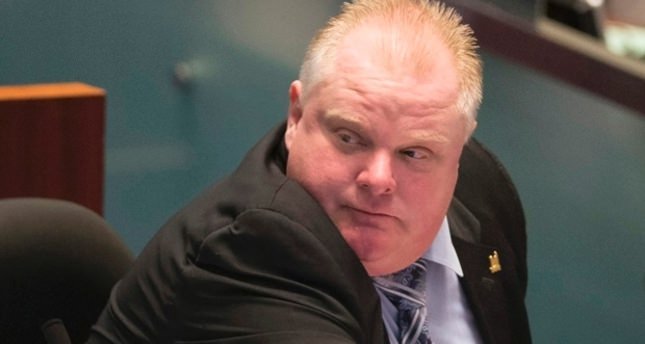 by May 02, 2014 12:00 am
TORONTO —Toronto Mayor Rob Ford said on Wednesday he will take time off to get professional help to deal with a drinking problem, even as a Canadian newspaper reported a new video showed him using what appeared to be drugs.Ford, who gained global notoriety after admitting to smoking crack cocaine, said he would take a leave from his duties as mayor and re-election campaign to seek immediate help. "I have a problem with alcohol, and the choices I have made while under the influence. I have struggled with this for some time," he said in a statement released by his campaign team. "I have tried to deal with these issues by myself over the past year. I know that I need professional help and I am now 100 percent committed to getting myself right. I love the people of Toronto, I love being your mayor and I hope you will continue to stand by me."