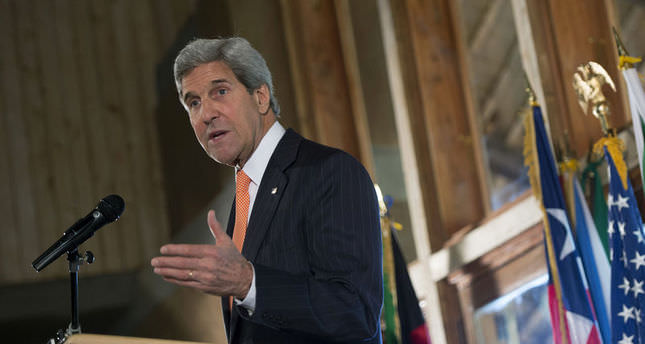 by May 04, 2014 12:00 am
KINSHASA - U.S. Secretary of State John Kerry said he spoke with Russia's Foreign Minister Sergei Lavrov on Saturday about the need to ensure that the last declared stockpile of Syria's chemical weapons is removed.

"I pressed that we must see the last removal of the 8 percent remaining at a site near Damascus," Kerry told reporters, saying the telephone conversation took place during his flight to Democratic Republic of Congo.

"We agreed that we would work on certain things to try to see if it is possible to accelerate that process with an understanding that the government of Syria cannot delay," he said, without elaborating.

Syria has been removing 1,300 tonnes of chemical weapons under a deal reached last year which averted Western military strikes, after a sarin gas attack on rebel-held suburbs around the Syrian capital in August.

But it has missed several deadlines to ship out the toxins - the last of which was April 27 - and has told the international mission overseeing the operation that one remaining chemical site remains difficult to reach because of the fighting.