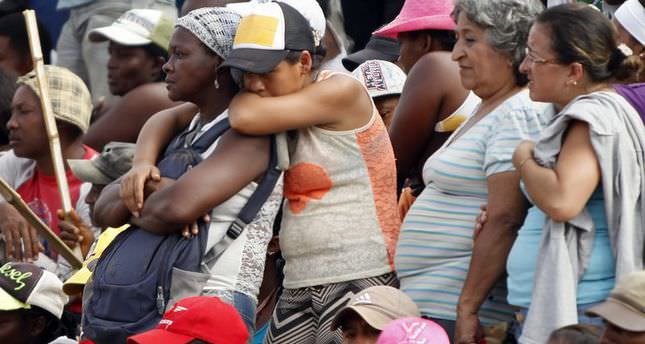 by May 04, 2014 12:00 am
BOGOTA - Rescue workers had pulled 10 bodies from the rubble of a collapsed illegal gold mine in Colombia by Saturday, the government said, three days after it caved in, and six are still believed to be buried under tons of mud and gravel.


The mine in Santander de Quilichao in southwestern Cauca province collapsed just before midnight on Wednesday when workers were at the site. Three bodies were recovered shortly after but excavators have been digging for days to reach others buried deeper.
The tragedy follows one a week ago in which four people died after inhaling toxic gases at an artisanal mine in the western province of Antioquia.