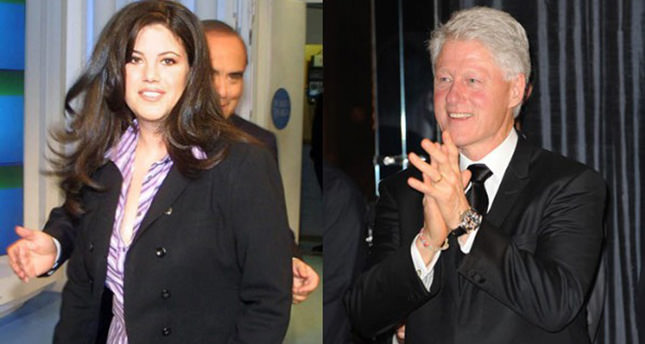 by May 06, 2014 12:00 am
WASHINGTON D.C. — Former White House intern Monica Lewinsky broke her silence Tuesday about her illicit 1990s affair with president Bill Clinton, saying she wants to reclaim the narrative of events that brought her global humiliation.

Lewinsky, now 40, was in her early twenties when she became the infamous blue dress and beret-wearing muse who engaged in sexual relations with the president and then endured a colossal backlash that nearly drove her to suicide.

After years of being turned away by potential employers and ridiculed online, she decided to write her version of events in this month's Vanity Fair magazine.

"It's time to burn the beret and bury the blue dress," Lewinsky wrote, in excerpts posted on the magazine's website.

"I am determined to have a different ending to my story. I've decided, finally, to stick my head above the parapet so that I can take back my narrative and give a purpose to my past."

She said her radio silence was so complete for nearly a decade that rumors swirled that the Clintons must have paid her off to keep her quiet.

"Nothing could be further from the truth," she wrote.

It is time to stop "tiptoeing around my past -- and other people's futures," she said, in a possible reference to former secretary of state Hillary Clinton's expected White House run in 2016.

News of the Lewinsky affair broke in 1998 and became an all-consuming scandal that nearly brought down the Clinton presidency. He was impeached by the House of Representatives that December but was acquitted by the Senate.

While the Clintons moved on, Lewinsky became an American outcast, even as she came to regret one of the most famous political affairs in US history.

"Sure, my boss took advantage of me, but I will always remain firm on this point: it was a consensual relationship," she wrote.

"Any 'abuse' came in the aftermath, when I was made a scapegoat in order to protect his powerful position," she added.

In the scandal's wake, Lewinsky said, she "turned down offers that would have earned me more than $10 million, because they didn't feel like the right thing to do."

Instead she applied to various communications and marketing jobs, but the employers balked, claiming her "history" made her the wrong person for the job.

The anxiety made her suicidal at times, she admitted.

Her suffering "took on a different meaning" in 2010, following the suicide of Tyler Clementi, the gay Rutgers student who was shown on the Internet kissing another man.

As one of the first major figures to endure global online humiliation, Lewinsky said she wanted to work with victims of cyber-bullying and harassment.

"Perhaps by sharing my story... I might be able to help others in their darkest moments of humiliation," she said.