US tests UFO on Taliban base? 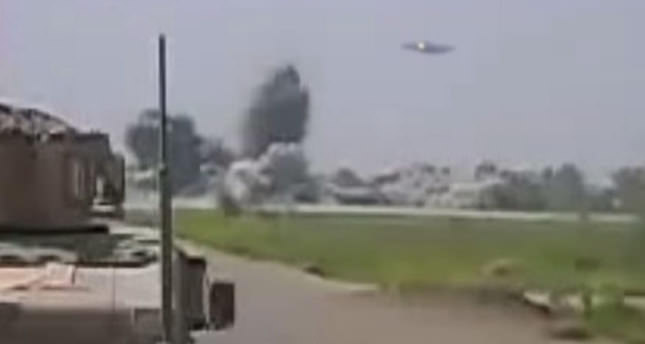 by May 08, 2014 12:00 am
This astounding footage shows a UFO destroying a Taliban base in Afghanistan.

As the crew of a Nato armoured vehicle watch on in the foreground, flashing lights suddenly flash spit forth from the underside of the mysterious object. It quickly becomes apparent that the craft has opened fire on something or someone, for barely a second later, explosions can be seen and heard and a huge plume of smoke mushrooms into the firmament. For a while, the cloud of smoke is so large, the UFO is completely obscured. But then the camera operator zooms in, giving viewers a close up of the remarkable object. The video, entitled UFO attacks Taliban camp, was reportedly filmed by US Marines in March 2014. YouTube users have been quick to comment on the film, which has been viewed more than 37,000 times since it was uploaded on Monday. One, Brian Hix, whose avatar is a tabby cat, wrote: "US Military controlled UFO attacking Taliban camp." Other social media fans claimed the craft was a drone, while some insist it is a fake.

The original article can be found on this link www.mirror.co.uk