No nuclear deal with Iran unless actions 'verifiable': Obama aide 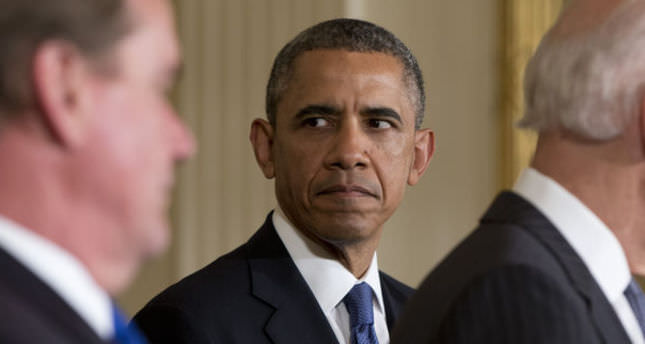 by May 13, 2014 12:00 am
WASHINGTON — Iran must agree to "verifiable action" to satisfy U.S. concerns about its nuclear program or else there will be no final deal, President Barack Obama's top national security aide said on Monday on the eve of a new round of talks between Iran and world powers in Vienna.

Addressing an Israeli Independence Day celebration in Washington, U.S. national security adviser Susan Rice sought to reassure a pro-Israel audience that Washington would take a tough line with Tehran, despite Israeli worries that the Obama administration is giving up too much in the negotiations.

Israeli Prime Minister Benjamin Netanyahu, during a visit to Tokyo on Monday, said Iran's nuclear program was a "clear and present danger" and Tehran cannot be allowed to get the capability to make nuclear arms.

A November interim accord easing sanctions on Iran made clear that Washington and five other world powers would let it enrich uranium on a limited scale under a final agreement. But Israel wants the Iranians to be stripped of all disputed nuclear projects, a demand that put it at odds with its chief ally, the United States.

Iran and the United States, France, Germany, Britain, China and Russia will meet in Vienna on Tuesday for a new round of negotiations aimed at reaching a broad diplomatic settlement of the decade-old nuclear dispute.

Iran, Israel's arch-foe in the region, denies it is seeking nuclear weapons capability. Israel is widely assumed to have the Middle East's only atomic arsenal.