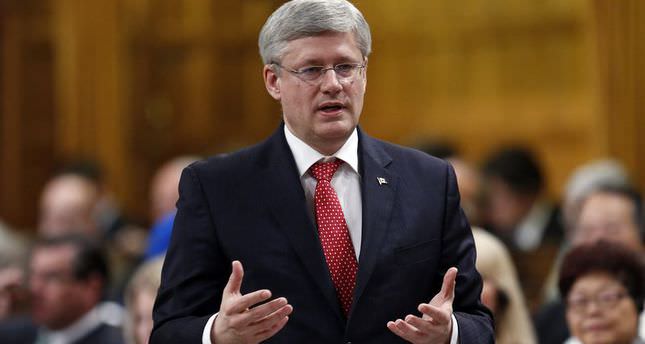 by May 16, 2014 12:00 am
OTTAWA/TORONTO — Canada broke with the United States and did not impose sanctions on two key allies of Russian President Vladimir Putin because the pair had Canadian business interests, according to sources familiar with the matter.

The revelation puts into question the government's tough line on Russia over the crisis in Ukraine. Prime Minister Stephen Harper recently compared Putin's actions to those of Adolf Hitler in the run-up to World War Two.

Canada, home to 1.2 million people of Ukrainian descent, has imposed sanctions on more than 80 Russian and Ukrainian officials and businesses, compared to about 60 by the United States.

But unlike the United States, Canada has not moved against Sergei Chemezov, who heads state-owned industrial and defense conglomerate Rostec, and Igor Sechin, CEO of oil giant Rosneft. Both men, who are close to Putin, have business ties to Canada.

Rosneft owns some 30 percent of a Canadian oil field.

Rostec has an aircraft assembly joint venture lined up with Bombardier Inc. The venture is vital to the Canadian plane and train maker, as the fate of a roughly $3.4 billion aircraft sale deal is tied to it.

Asked about the decision not to go after either Sechin or Chemezov, a Canadian government source familiar with Ottawa's sanctions strategy told Reuters: "Our goal is to sanction Russia, it is not to go out of our way to sanction or penalize Canadian companies."

The comments appear to contrast with the official government approach. Harper, referring to the Ukraine crisis, said in March that "we will not shape our foreign policy to commercial interests" and officials say that stance is still valid.

Indeed, the Conservative government on Wednesday called on business executives not to attend events in Russia, like the St. Petersburg International Economic Forum this month and the World Petroleum Congress in Moscow in June.

In Europe, some leaders have also tempered their criticism of Moscow, in a sign they, too, are worried about business ties with Russia, a major provider of oil and gas to the region.

But Harper took a strong line from the start, castigating Putin and pushing the effort to have Russia kicked out of the Group of Eight leading industrialized nations.