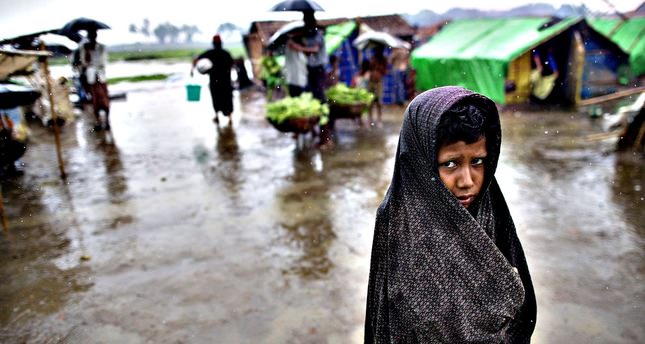 A Rohingya boy wraps himself with a sarong as he walks in the rain at a makeshift camp for displaced Rohingya people in Sittwe. Gemunu Amarasinghe / AP

WASHINGTON, D.C. -- President Barack Obama has extended the ban on U.S. investment in the Burmese military and restricted further capitol inflow to this country, signing the ongoing "National Emergency" situation on the country for at least one more year.


"Despite great strides that Burma has made in its reform effort, the situation in the country continues to pose an unusual and extraordinary threat to the national security and foreign policy of the United States. " President Obama said in a letter adressed to Congress. "Concerns persist regarding ongoing conflict and human rights abuses in ethnic minority areas, particularly in Rakhine State." He added. In a joint declaration, 28 human rights organizations last month called President Obama to continue the national emergecy with respect to Burma. Right groups accused the Burmese goverment of subjecting Rohingya Muslims to discriminatory restrictions and policies of apartheid and ethnic cleansing. U.S. House of Representatives also approved a resolution last month and called the Obama administration "to put consistent pressure on the Government of Burma to take all the neccesary measures to end persecution and discrimination of the Rohingya population," citing the massacre of more than 100 Muslims and destruction of thousands of buildings and businesses in last two years. 140,000 Rohingya Muslims living in Burma are internally displaced and hundreds of thousands have fled to neighbouring countries.
Last Update: May 17, 2014 5:41 am
RELATED TOPICS