Amid Egypt rights abuses, US stalls over more military aid 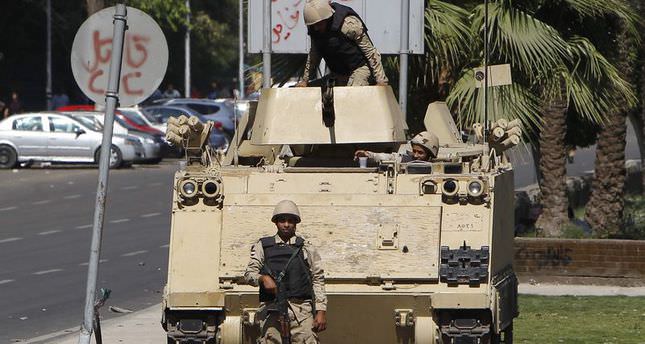 by May 20, 2014 12:00 am
WASHINGTON — Despite resuming some military aid, the United States appears unlikely to quickly restore the close ties with Egypt that framed U.S. Middle East policy for decades, as concerns persist over the authoritarian crackdown since last year's military takeover.

Even as Egypt prepares for elections this month that could give new legitimacy to the country's military-backed leaders, many Obama administration officials question the need to restore Egypt to its place as the premier U.S. partner in the Arab world.

Washington's caution reflects a desire to help Egypt nip a mounting insurgency in the bud without being seen as sanctioning the interim government's repression of political opponents and the media.

The focus of bilateral aid, at least for the time being, is on confronting the militant threat and other security issues while U.S. officials assess how the country's next government responds to demands to halt the harsh treatment of dissent.

"Going back to the status quo of the past 30 years is not really an option that's available to us," a senior administration official said on condition of anonymity.

Egypt has been the second-largest recipient of U.S. foreign aid since its landmark peace treaty with Israel in 1979. But the policy was upended by the political transformations triggered by the 2011 popular uprising that toppled President Hosni Mubarak.

After the army last July ousted Mohamed Mursi, the Islamist leader elected after that uprising, Washington responded by freezing much of the annual $1.3 billion in military aid.

On April 22, the U.S. government relaxed its position and said it would provide $650 million in military financing, a move which required Secretary of State John Kerry to certify Egypt was maintaining its peace treaty with Israel. It also announced that it separately would send Egypt 10 U.S. Apache helicopters to help it fight insurgents.

Washington continues to withhold hundreds of millions of dollars more in aid, along with other hardware that Egypt had requested, including Harpoon missiles and fighter jets.