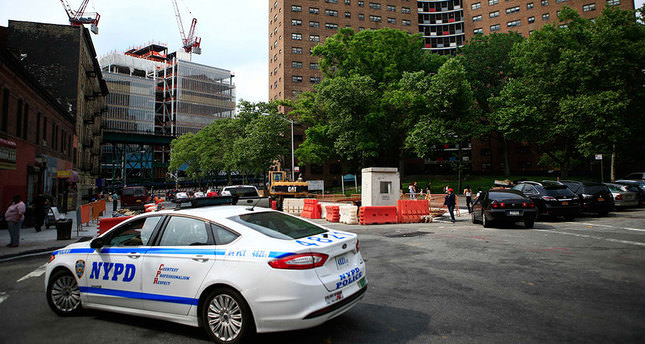 by Jun 05, 2014 12:00 am
NEW YORK — More than 100 suspected gang members who have turned two Harlem housing projects into a "war zone" have been charged with a string of violent crimes in the largest gang indictment in New York City history, authorities said Wednesday.

Prosecutors say the 103 men named in two indictments belong to three gangs - the allied Make It Happen Boys and Money Avenue, and their rivals, 3 Staccs - who have fought a four-year turf war in and around two neighboring public housing projects.The gangs are accused of two homicides, 19 non-fatal shootings and about 50 other shooting incidents, said Cyrus Vance, the Manhattan district attorney.

They face a string of charges, including attempted murder, gang assault, criminal possession of a weapon and, the most serious, first-degree conspiracy.

"For these four years, these gangs have waged a campaign of violence simply for the sake of violence," Vance told a news conference announcing the arrests.

One of those killed in the violence was Tayshana Murphy, an 18-year-old high-school basketball star who lived in the Grant Houses, one of the two housing projects. She was shot dead in a hallway near her apartment on Sept. 11, 2011, as she fled members of the Make It Happen Boys, who are based a block away in the Manhattanville Houses. Two Make It Happen Boys - Tyshawn Brockington, 24, and Robert Cartagena, 23 - were convicted for her murder and sentenced to between 25 years and life in prison.

Some of the other gang members charged on Wednesday posted Facebook messages and YouTube videos reveling in Murphy's death in the weeks after, according to one of the indictments.

The gang feud is not linked to drugs or organized crime, but is instead a dispute over territory on the streets and inside the housing projects, said William Bratton, the city's police commissioner.

He said the feud has turned the housing developments into a "war zone" with residents fearful of being caught in the crossfire.

Some 500 New York City police officers descended on the two housing projects early Wednesday, rounding up 40 of the 103 gang members, who range in age from 15 to 30 years old, police said.

Twenty-three gang members are still being sought and the remaining had been arrested prior to the Wednesday sweep, police said.

Over four years, prosecutors and police investigators combed more than a million social media pages and analyzed more than 40,000 calls made from prison as they built the case, Vance's office said.

The arrested men were due to begin facing formal charges in front of a judge beginning on Thursday.

In a similar sweep in 2013, the district attorney prosecuted more than 60 members of three other Harlem gangs for murders and gun violence, among other crimes.