Obama urges Putin not to support pro-Russian separatists in Ukraine 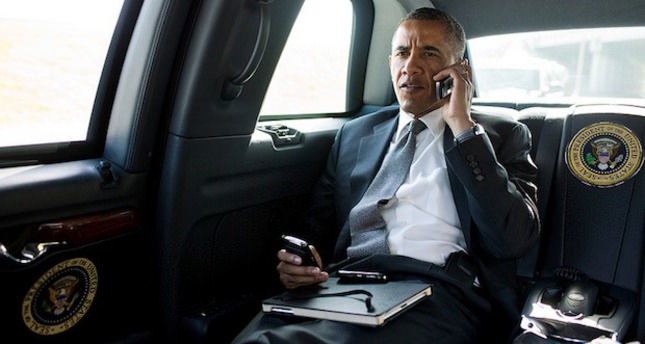 by Associated Press Jun 23, 2014 12:00 am
President Barack Obama is urging Russian President Vladimir Putin to stop supporting pro-Russian separatists in Ukraine and the flow of arms across the border.

Obama and Putin spoke by telephone on Monday. White House spokesman Josh Earnest says Obama urged Putin to use his personal influence with those separatists to promote peace and stability in Ukraine. He says a diplomatic solution is still possible but Russia will face additional costs if it does not take concrete action.

The calls comes as insurgents in eastern Ukraine are promising to honor a cease-fire declared by Poroshenko and engage in more talks to help resolve the deadly conflict.