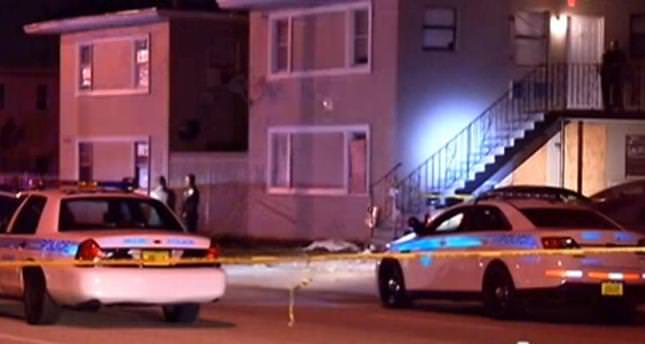 by Anadolu Agency Jun 24, 2014 12:00 am
At least 10 people were shot and two were killed in an apartment shooting in Miami early Tuesday, police said.

One man died at the apartment complex. Another man — whose family identified as 26-year-old Nakiel Jackson — died later at a hospital, NBC Miami reported.

Five of the injured were taken to a local hospital: one victim was in critical condition, one was stable and three were serious, Miami Fire Rescue spokesman Lt. Ignatius Carroll said.