US ship to start loading Syrian chemical agents next week 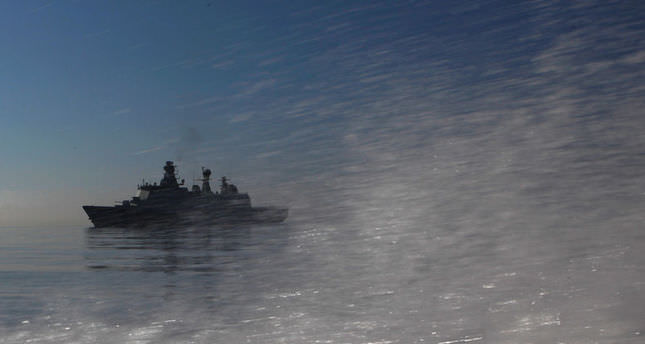 by Jun 24, 2014 12:00 am
An American cargo ship converted into a mobile chemical weapons destroyer is expected to take charge of some of Syria's most dangerous materials next week, a U.S. defense official said.

Syria on Monday handed over the remaining 8 percent of a total 1,300 tonnes that Syria declared to the Organisation for the Prohibition of Chemical Weapons (OPCW).

The handover had faced repeated delays, leaving the Cape Ray docked in southern Spain awaiting a green light to proceed. Its mission now is to transform toxic agents into a much less poisonous soup of chemicals, ready for disposal back on land.

The Cape Ray's crew were given word on Monday that they needed to be ready to depart Spain in the coming days for southern Italy's Gioia Tauro port, where they will meet with a Danish ship carrying Syrian chemical agents, the U.S. defense official said, speaking on condition of anonymity.

The cargo will then be transferred from the Danish ship to the Cape Ray in a pier-side operation next week. The Cape Ray is expected to leave sometime later next week for international waters of the Mediterranean, the official said.

Once there, the Cape Ray will need weeks of round-the-clock processing to neutralize the chemical agents.

Syria agreed last September to destroy its entire chemical weapons program under a deal that averted U.S. military strikes after hundreds of people were killed in a sarin gas attack in the outskirts of the capital, Damascus.