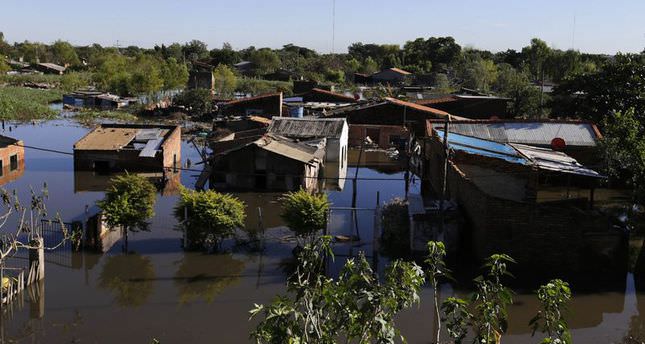 by AA Jul 11, 2014 12:00 am
The Brazilian government has officially recognized declarations of a state of emergency in 124 municipalities and a state of disaster in two cities in Brazil's southernmost state of Rio Grande do Sul, local media have reported.

Nearly 18,400 people have now been forced from their homes and, although the rains have eased, 157 municipalities have now been affected, with 131 officially declaring a state of emergency, the G1 news portal reported Thursday.

Of those people who have been displaced, 1,321 have been given emergency shelter in public buildings and just over 17,000 have been accommodated by relatives or friends.

The cities of Irai and Barra do Guarita, which declared a state of disaster, have been particularly badly hit by a combination of heavy rains and the Uruguay River bursting its banks: the river rose with little warning and is reported to be have exceeded its regular level by up to 20 meters (65 feet) in some places.