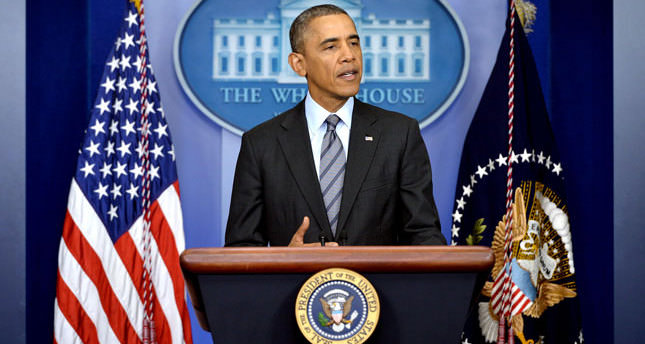 by Jul 17, 2014 12:00 am
President Barack Obama Thursday said the crash of a Malaysian airliner in eastern Ukraine was a "terrible tragedy" and said US officials were trying to establish if any Americans were on board.

"The world is watching reports of a downed passenger jet near the Russia/Ukraine border. And it looks like it may be a terrible tragedy," Obama said, before going ahead with a previously scheduled event in Wilmington, Delaware.