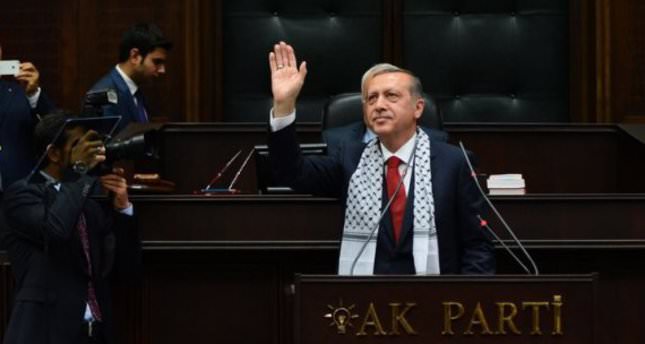 by Associated Press Jul 24, 2014 12:00 am
A Jewish American group is asking Turkish Prime Minister Recep Tayyip Erdogan to return an award it gave him in 2004, accusing the Turkish leader of "dangerous rhetoric" and "inciting violence against the Jewish people."

In an open letter to Erdogan Thursday, Mark Rosen, the chairman of the Jewish American Congress, said Erdogan had become "arguably the most virulent anti-Israel leader in the world."

Erdogan, who is campaigning to be elected president next month, has spoken out strongly against Israel's operations in Gaza, accusing it of committing genocide and "barbarism surpassing Hitler."

Rosen said Erdogan was given the Profile of Courage award in 2004 because he had at the time worked for a peaceful solution to the Mideast conflict and because of his commitment to protecting Jewish citizens in Turkey.