US senator threatens to delay State Department nominees, including ambassador to Turkey 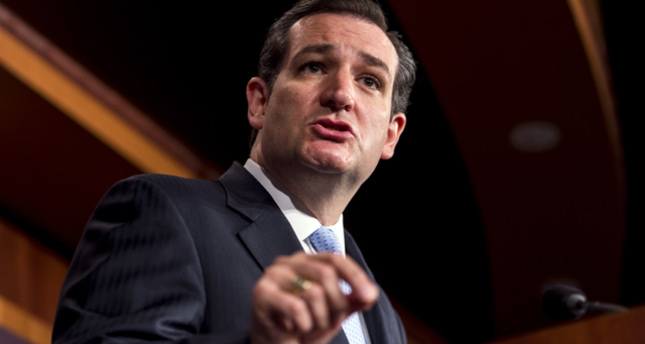 by Ragıp Soylu Jul 25, 2014 12:00 am
A U.S. Senator may put a hold on all State Department nominees, including the next U.S. ambassador to Turkey, until the Obama administration answers his questions regarding the FAA's decision to ban all U.S. flights to Israel.

Senator Ted Cruz, a Republican from Texas, described the U.S. aviation authority's decision to cancel flights to Israel as "unprecedented" and accused the Obama administration of taking action which amounts to an economic boycott of the Jewish state. The FAA lifted the ban just before midnight, but many other airlines extended the ban.

Cruz's vow to hold diplomatic nominees may delay the confirmation process of the John R. Bass, ambassador-designate to Turkey and leave Ankara without a senior American diplomatic interlocutor in a critical time full-fledged crisis engulfing Middle East, from Syria to Gaza. Bass, who had his confirmation hearing in front of the Senate Committee on Foreign Relations last week, already received a harsh treatment from committee members. Another Republican, Senator John McCain also threatened to hold Bass's nomination during the hearing if he didn't respond to a specific question related to the state of Turkish democracy.

State Department spokeswoman Marie Harf yesterday rebuffed Cruz's allegations by describing them as "ridiculous and offensive." "The FAA takes its responsibilities very seriously. They make these decisions based solely on the security and safety of American citizens, period. For anyone to suggest otherwise, it's just ridiculous," she said.

Harf 's reaction didn't make Cruz happier. "Serious questions were asked about the nature of a decision that handed Hamas a public relations victory and will cost Israel billions of dollars," said Sen. Cruz. "The only thing 'offensive' about this situation is how the Obama administration is spurning our allies to embolden our enemies. The only thing 'ridiculous' is the administration's response to basic questions. Until the State Department answers my questions, I will hold all State Department nominees," he concluded.
Last Update: Jul 25, 2014 3:24 am
RELATED TOPICS