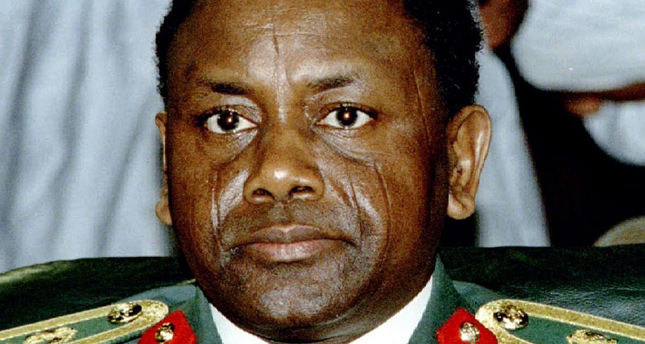 by Aug 07, 2014 12:00 am
The United States has taken control of more than $480 million looted by former Nigerian dictator Sani Abacha and his associates after a court ruling, the Justice Department said on Thursday.

The money stolen during Abacha's 1993-1998 de facto presidency of the oil-rich African nation and stashed in banks around the world will be returned to the Nigerian government, the department said in a statement.

"Rather than serve his county, General Abacha used his public office in Nigeria to loot millions of dollars, engaging in brazen acts of kleptocracy," Assistant Attorney General Leslie Caldwell said in the statement.

U.S. District Judge John Bates in Washington ordered on Wednesday that the funds, frozen by the Justice Department in March, be forfeited to U.S. control.

Claims to another $148 million in four investment portfolios in the United Kingdom are pending.

Abacha, who took took power in a coup, died in 1998. Nigeria has been fighting for years to recover his money, but companies linked to the Abacha family have gone to court to prevent repatriation.

Between $3 billion and $5 billion of public money was looted during Abacha's regime, according to Transparency International.

The Justice Department suit filed in November 2013 saying that Abacha, his son Mohammed Sani Abacha, their associate Abubakar Atiku Bagudu and others embezzled, misappropriated and extorted money from the Nigerian government.

The assets were held in banks that included Deutsche Bank AG , HSBC Holdings Plc and Banque SBA, according to the lawsuit.

In June, after a 16-year legal battle, Nigeria recovered from Liechtenstein $228 million stolen by Abacha and his associates.

As of last year, Nigeria had recovered about $1.3 billion of Abacha's money from various European jurisdictions.