130 additional US troops to be deployed to Iraq 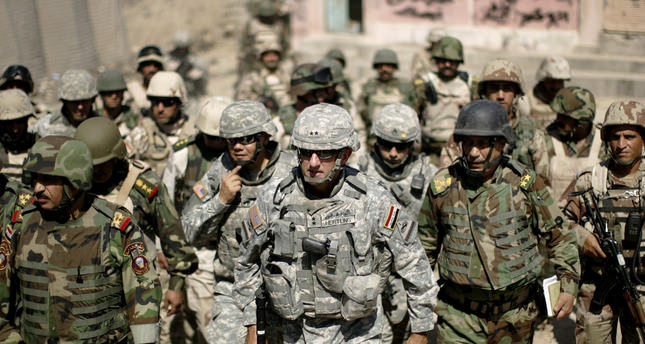 The forces, which include U.S. Marines and special operations forces, will not be engaged in a combat role, says defense official.

The U.S. is sending an additional 130 American forces to northern Iraq to plan additional humanitarian assistance options for refugees besieged by self-proclaimed Islamic State of Iraq and Al-Sham (ISIS) militants on Mount Sinjar, according to a Defense Department official.

The forces, which include U.S. Marines and special operations forces, will not be engaged in a combat role, according to the official who spoke on condition of anonymity.

U.S. President Barack Obama has insisted that U.S. combat troops will not return to the country that they withdrew from in 2011.

At the request of the Government of Iraq, the U.S. government continues to explore ways to support Iraqis affected by the ongoing fighting in Sinjar, the official said.

Obama authorized targeted air strikes last Thursday to protect American personnel in the northern Iraqi city of Erbil and support forces in Iraq as they fight to break the siege of Mount Sinjar, where thousands of Ezidi civilians have sought refuge from ISIS militants.

Armed groups linked to ISIS, formerly known as the Islamic State of Iraq and the Levant, or ISIL, captured Iraq's Sinjar and Rabia in the Nineveh province last week after fierce clashes, forcing thousands of Iraqis including Turkmen, Arabs and Ezidis to flee.

The violence in Iraq escalated in early June after a coalition of armed groups linked to ISIS took control of large swathes of the country's predominantly Sunni provinces.