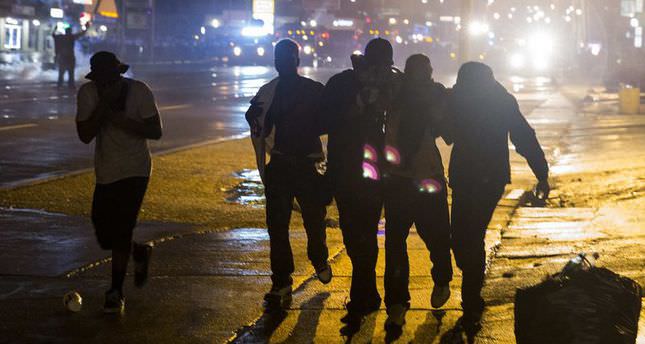 by Aug 17, 2014 12:00 am
Police fired smoke cannisters at demonstrators remaining in the street past curfew in Ferguson, Missouri, early on Sunday, in the latest clash over the shooting of a black teenager by a white police officer.

Police, who were equipped in riot gear and had armored cars, used a bullhorn to warn demonstrators to clear the streets. The number of protesters remaining in the street past curfew had been about 150 people, police said.