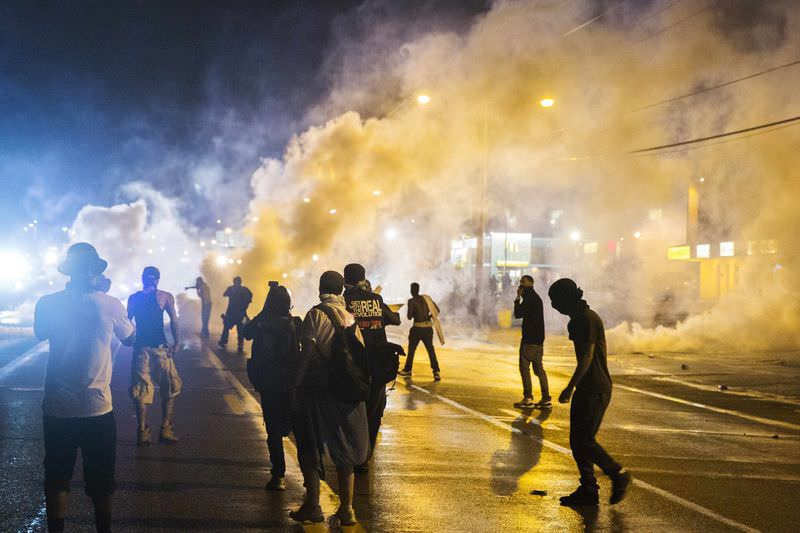 by Aug 18, 2014 12:00 am
A preliminary private autopsy report found that Michael Brown, the black teen killed by a police officer in the suburban St. Louis city of Ferguson, was shot at least six times, the New York Times reported on Sunday night.

Citing Dr. Michael M. Baden, former chief medical examiner for the City of New York who was asked to perform the autopsy by Brown's family, the newspaper reported that Brown, 18, was shot twice in the head, and that the bullets that hit him did not appear to have been fired from very close range.

Four shots hit Brown in his right arm and one entered the top of his skull, the Times said, citing findings by Baden, who it said flew to Missouri on Sunday at the family's behest and waived his usual fee in view of the extraordinary circumstances.

The bullets, some of which left as many as five wounds, did not appear to have been fired from very close range, the Times reported, because no gunpowder was detected on his body. That conclusion could change, however, if gunshot residue is found on Brown's clothing, the newspaper said.

The autopsy was in addition to one performed by Missouri officials, as well as one that Attorney General Eric Holder said the Department of Justice would perform.

A spokesman for the Ferguson police said the department had not seen a report of the autopsy and had no comment on it.

Brown was shot by white police officer Darren Wilson. The police department in the St. Louis suburb has come under strong criticism for both the death of an unarmed man and its handling of the aftermath. Unrest has gripped the area for days, including the past two nights despite a midnight curfew.

"People have been asking: How many times was he shot? This information could have been released on Day 1," Baden told the Times in an interview after performing the autopsy.

"They don't do that, even as feelings built up among the citizenry that there was a cover-up. We are hoping to alleviate that," the newspaper quoted him as saying.

Baden said his autopsy was not intended to determine whether the shooting was justified.

"In my capacity as the forensic examiner for the New York State Police, I would say, 'You're not supposed to shoot so many times'," he told the Times. "Right now there is too little information to forensically reconstruct the shooting."

Baden also said only three bullets were recovered from Brown's body, but that he had not yet seen the X-rays showing where the bullets were found which would help clarify the autopsy results.